Republican Louisiana lt. governor says if feds warned him sooner they would have canceled Mardi Gras 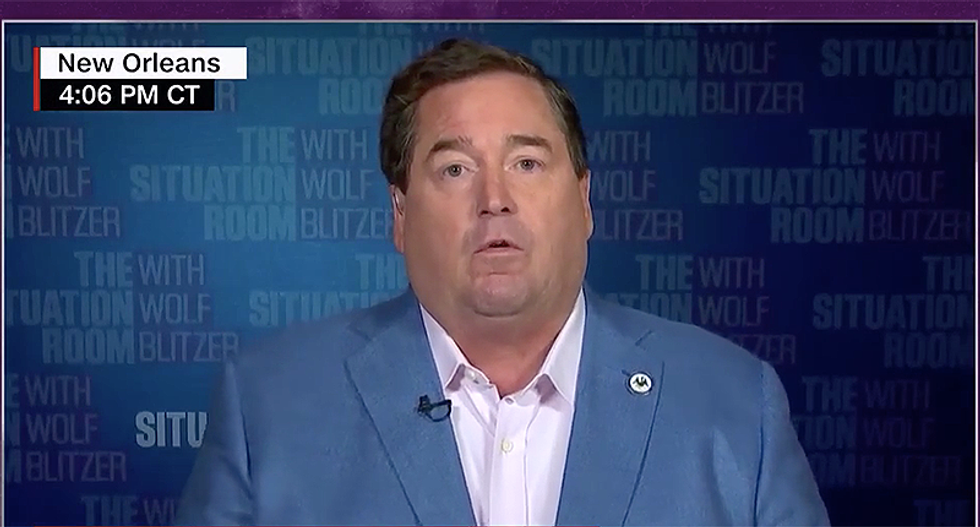 Louisiana has come under substantial criticism for not canceling the large Mardi Gras celebrations leading up to Fat Tuesday. In the wake of the celebration, the state has exploded with cases of coronavirus.

New Orleans Mayor LaToya Cantrell said that during that time, few people were shutting down large groups. By St. Patrick's Day, she had shut down large gatherings.

But in an interview Sunday, Lt. Governor Billy Nungesser (R) agreed that given what they know now, they should have put a stop to Mardi Gras.

"We surely -- had we had knowledge of what was to come, we would have taken a different look at it," he told CNN's Wolf Blitzer. "And it's hard to look back now and say we should have canceled Mardi Gras. But with 840 people -- deaths in the last 30 days here in Louisiana, surely some of those people probably wouldn't have been infected, had we took action sooner. But there was only one death -- one infection that we knew about during mardi gras."

The United States wasn't even able to effectively test people in February. Friday was the last day that federally funded tests were available, so states that are now seeing an influx of cases are facing substantial costs themselves, or individuals must spend hundreds of dollars for tests.

"But there were clearly -- if you read that very extensive article in The New York Times, by mid-February, several of the president's top health experts were saying, You've got to do something, you've got to shut things down, otherwise, that one, that two, that three, that's going to escalate,'" recalled Blitzer. "And we now know 21,000 deaths here in the United States within 42, 43 days. Are you angry that no one from the federal government gave you any advice about shutting things down?"

Nungesser refused to say whether or not he was angered by the inaction by the feds.

"Well, as I said, we didn't have that information," he told Blitzer. "Surely, I know our governor didn't. And had we known what was to come, we probably would have taken other action. You know, it's difficult juggling -- tourism is a big industry in Louisiana. But we sure have to put the lives of the citizens first and the health of their safety. So, Mardi Gras is a big celebration. It brings a lot of people to Louisiana, and in hindsight, had we know, we probably would have taken different action."

Louisiana and Mississippi are now under a more imminent threat with tornados bearing down on their states.