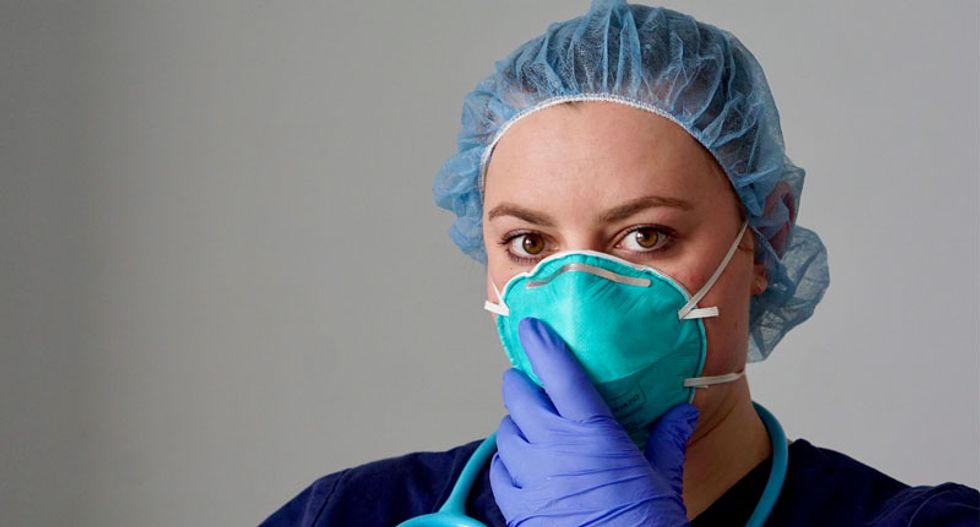 After spending three weeks in isolation, Justin Jara returns to work Tuesday at his hospital in Detroit, but he doesn't have a lot of faith in the test that showed he now has antibodies against the new coronavirus.

"I still have fear, I am scared to go back to work," the 26-year-old nurse told AFP.

"A doctor told me that I'm immune and I have antibodies but still, it's not scientifically proven yet."

Across the United States, some 9,000 health care workers have been sickened by the virus that causes COVID-19, and more than two dozen have died, according to official figures released last week.

The rest, like Jara, have recovered and -- as they make their way back to work -- are entering a world of unknowns.

So far, there is no proven treatment or vaccine for SARS-CoV-2, and scientists don't know whether it has long-term impacts on the lungs, kidneys or other organs.

Does infection confer immunity? And if so, will that immunity be seasonal, like for colds, or life-long, like for measles?

Many caregivers don't have the option of working from home. They're needed back on the frontline, in many cases at the same place where they contracted the virus.

Jara fell ill in late March, back at a time when it wasn't deemed necessary for the nurses in his unit to wear protective gear because it was a so-called "clean unit" with no coronavirus patients.

One patient, however, turned out to be infected despite a negative test result.

Jara recovered at home, riding out the high fever, muscle aches and shortness of breath that characterize mild cases.

But he is heading back to a hospital that has completely changed. The 35 beds in his unit are taken up exclusively by COVID-19 patients.

He had to learn, online, how to use the new and omnipresent oxygen machines.

A new rule states that nurses can only enter rooms a few times per day, barring an emergency, in order to limit the risk of spread.

And personal protective equipment is an absolute must: masks, face shields, gowns and gloves.

"I'm going to probably be really cautious to prevent reinfection for myself," Jara said.

More than a month after he got infected, Richard Whelan, a 63-year-old colorectal surgeon in New York, doesn't even know whether he has antibodies against the virus.

The so-called serological test isn't widely available in America's most populous city, the world's worst-hit hotspot, as it is in Detroit where Jara lives.

Whelan was bed-ridden for 12 days, leaving him "wiped out."

His hospital, Lenox Hill, has canceled all elective procedures, and the doctor is assisting in a 24-bed COVID unit.

Like everyone else, he wears a mask and a gown.

"I don't want to contaminate my wife and my daughter," Whelan says.

He's also uncertain about his own recovery, given that his age places him in a vulnerable category.

"I'm not willing to give a blood donation of my plasma right now because I need them," says Whelan, as New York organizes plasma collections from recovered patients as a form of experimental therapy for those who still have the disease.

"I need my antibodies to protect me."

On the other side of the country, in Seattle, emergency department nurse Terry West recalls a sense of "relief" at being among the first wave of those infected and recovered.

But she cannot feel completely at ease given that her husband is a lung cancer survivor, making him vulnerable to the disease.

Even if the chances of reinfection are considered low, she doesn't want to bring home virus particles on her clothes and in her hair.

There is one area where she is willing to take some risk.

She regular volunteers to take care of patients considered more likely to spread the disease because the "BiPAP" oxygen machines they are on release their exhaled air into the room.

"If you're unsure and you have little kids at home or you have elderly people living with you, I'm willing to step forward and go in," she said.