So much for pro-life: Conservative demands Republican governors be held accountable for COVID spread 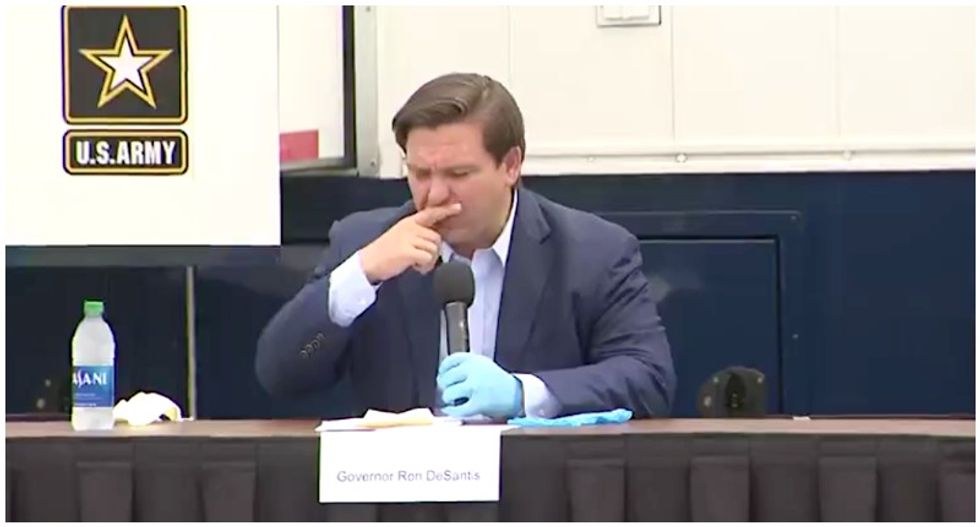 Conservative Washington Post columnist Jennifer Rubin is demanding that all of the governors who refused to act on the coronavirus crisis be held accountable for killing members of their states.

Writing Sunday, Rubin specifically namechecked Gov. Ron DeSantis (R-FL), who allowed young people to flood Florida beaches during spring break so he could ensure his state scored their seasonal profits. What has been discovered using cell phone data is that those young people then returned to areas of the country that have since seen huge outbreaks of coronavirus. It's unknown if those youth could have been carriers of the virus to Florida or from the state. One thing is certain, however, some people got sick from those parties and some died.

"The exact number of people who returned from leisure trips to Florida with the coronavirus may never be known," the New York Times reported. "Cases as far away as California and Massachusetts have been linked to the Winter Party Festival, a beachside dance party and fund-raiser for the L.G.B.T.Q. community held March 4-10. Another California man died after going to Orlando for a conference and then to a packed Disney World. Two people went to Disney and later got relatives sick in Florida and Georgia."

DeSantis is among many Republican governors who refused to lockdown their states, including Govs. Brian Kemp of Georgia, Tate Reeves of Mississippi, Greg Abbott of Texas and Kay Ivey of Alabama.

"How are local officials and ordinary people to know what is safe?" asked Rubin in her column. "Absent widespread, reliable testing, we have to wait until cases spike, hospital admissions soar and more deaths are recorded. There not only isn't data showing whether it's safe to go back out, but also some indicators suggest this is a poor time to lift restrictions. According to news reports, more Florida residents were diagnosed Friday than in any time during the past two weeks. The state Department of Health on Friday reported 1,413 new cases of covid-19, the highest number since 1,330 people tested positive on April 3."

In Texas, Abbott wants to see stores reopen next week, even though there isn't adequate testing going on in the state.

"Overall, the numbers of cases and deaths in Texas have been modest compared with those in some states, but there are thousands of cases in Texas's more populous counties (Harris, which includes Houston; Dallas; and Travis, which includes Austin). What's the infection rate in these counties? Unclear. And that's because — you guessed it — we don't have extensive testing," Rubin explained.

Then there's the question of all of these protesters at state capitols demanding everything reopen. If they're not socially distancing, they're not wearing masks, and they're not taking the precautions necessary to reduce the spread, what will happen when they flock to more public spaces next week?

Rubin wondered if they head to Florida beaches or visit Texas parks if they'll spike a huge spread. What accountability will they have for endangering the public? Will there be any justice for the elderly or those with compromised immune systems if they catch the virus and die?

"What is most disturbing, however, is how little Republican leaders and their cult followers seem to care about protecting life," Rubin closed. "Some in the self-proclaimed pro-life party are being anything but protective of innocent life."