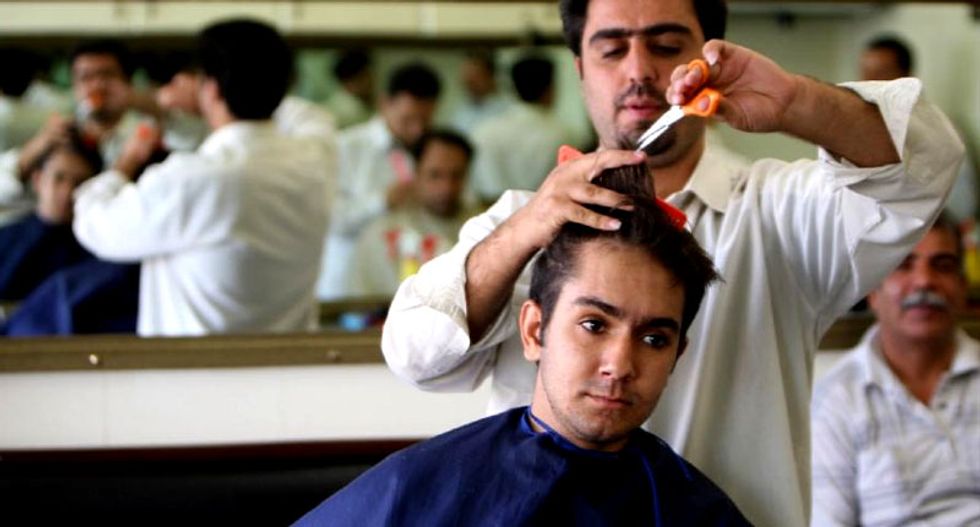 This week, Georgia Gov. Brian Kemp announced his plan to cut way back on social distancing in his state and reopen the types of businesses that were previously deemed non-essential — from nail salons to bowling alleys to restaurants. But Kemp’s decision is by no means universally popular in Georgia, and the Daily Beast’s Khushbu Shah explains why so many Atlanta residents are furious with the far-right Republican governor.

Atlanta is a very Democratic city in a red state. Atlanta also has a large African-American community, and blacks have been hit especially hard by the coronavirus pandemic. Keeping all of those things in mind, it isn’t hard to understand why Kemp’s anti-social distancing stand is drawing a lot of angry responses in Atlanta. And as Shah’s article stresses, some of the people slamming Kemp are Atlanta-based businesses owners who plan to voluntarily remain closed.

For example, an Atlanta-based hairstylist told the Daily Beast, “I am mortified and appalled he would open us up in the middle of our coronavirus peak.” And Jacob Franklin, who manages the Atlanta restaurant Bon Ton, told the Beast, “I don’t think we’re ready to open up.”

“Kemp announced Monday that gyms, bowling alleys, hair and nail salons across Georgia would be allowed to reopen so long as they meet some safety thresholds like instituting social distancing policies,” Shah explains. “Shortly after the announcement, the (Georgia) Department of Health announced more than 19,000 residents had tested positive for the virus — though the number of new infections has slowed in recent days.”

One of the Atlanta residents who has been aggressively promoting social distancing is Democratic Mayor Keisha Lance Bottoms — who, Shah notes, “urged residents to stay home” during an interview with ABC News on Monday night.

Atlanta resident Meherwan Irani, who owns the restaurants Chai Pani and Botiwalla and has over 300 employees, has no desire to reopen in a week and told the Beast he would rather rely on medical experts than on Kemp.

“I know small business owners are hurting and desperate — we are too,” Irani asserted. “But if we lose the public’s trust and confidence right now because we reopened even though it wasn’t safe, we’ll risk losing that trust for a long time to come.”

The owner of an Atlanta hair salon stressed to the Beast that social distancing and operating a hair salon are diametrically opposed.

“It’s not social distancing if you’re touching someone,” the salon owner asserted. “We touch people for a living. I would never pick money over putting someone’s life in danger.”