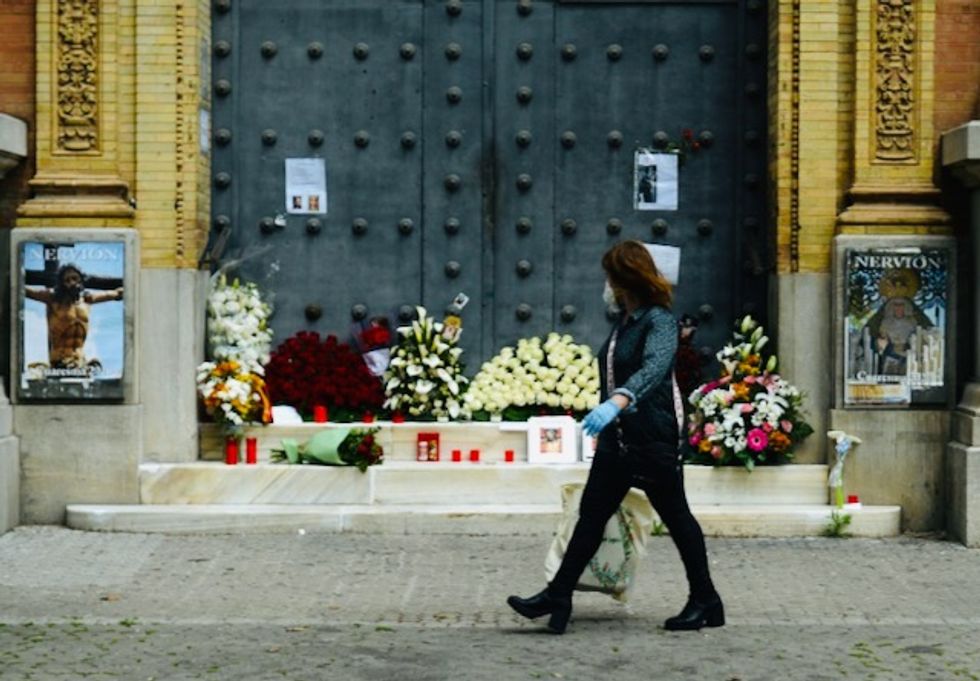 Coronavirus A woman walks past a church in Seville, Spain (AFP / CRISTINA QUICLER)

The death toll from the coronavirus in Spain, one of the countries hardest hit by the pandemic, moved past 20,000 on Saturday, the health ministry said.

A total of 20,043 people have now succumbed to the disease, which killed 565 people in Spain in the past 24 hours, slightly down on the 585 reported on Friday.

Spain is the second worst-hit country in Europe behind Italy but has tentatively begun to ease a strict lockdown imposed on March 14, opening up some sectors of the economy, including manufacturing, earlier this week.

Health officials say Spain has passed the peak of the Covid-19 outbreak which killed up to 950 people on April 2, and the pressure has eased on hospitals.

But the toll, which covers only people who tested positive for the virus, is increasingly contested in some regions.

Officials there say thousands more people have died after showing symptoms of the disease without having been tested because there are not enough tests.

For example, Catalonia has reported that more than 7,800 people have died while the national toll for the region referred Saturday to more than 3,800.

Since March 14, Spain has been under one of the strickest lockdowns in Europe that has been extended until April 25 and could be prolonged even futher.