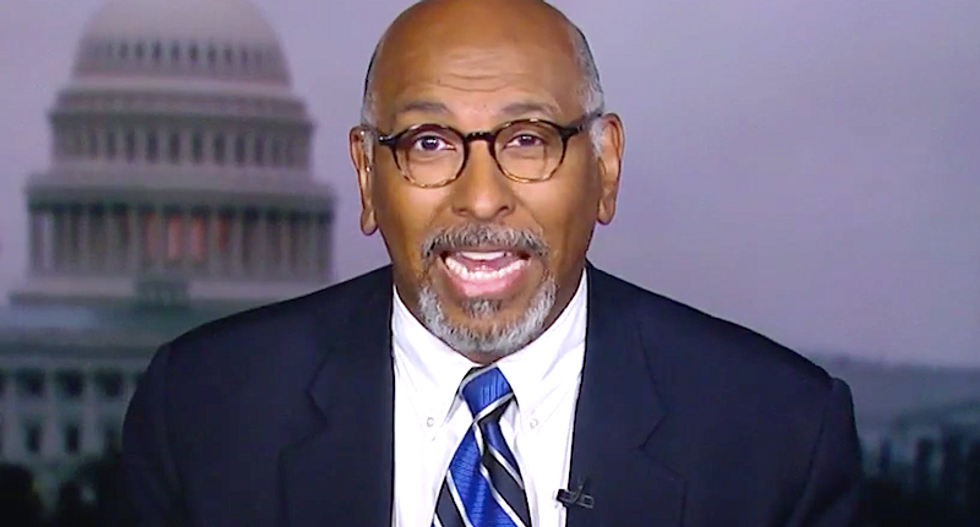 "[COVID-19] is not going to remain only in states like New York and blue states," said host Joy Reid. "You're seeing swing states like Michigan get hit. Florida is setting itself up, let's be blunt. The governor there has had an odd response, where he seems reluctant to do what you need to do. So I wonder what it looks like when it does start to hit in states, hit hard, which it is already starting in Alabama, in Louisiana, in red states. This is coming. What do see happening?"

"I think that there will be a level of sort of revisionist history and, again, sort of saying that all the appropriate efforts were made to get in front of the virus and this was to be expected that, you know, this wave would come as we saw it come across the country from Washington state," said Steele. "So I think that the rhetoric obviously won't meet up with the facts, it won't meet up with the reality. And I think the rest of us have to be prepared to deal with that part of this and move forward."

"We cannot be stuck on stupid," added Steele. "We have to be in a space where we protect even those who aren't applying all rational thought to this, and this would include states like Florida where the governor is saying, well, we're not gonna stop you from gathering for Easter Sunday services if you want to. I mean, it's just ridiculous at this point."