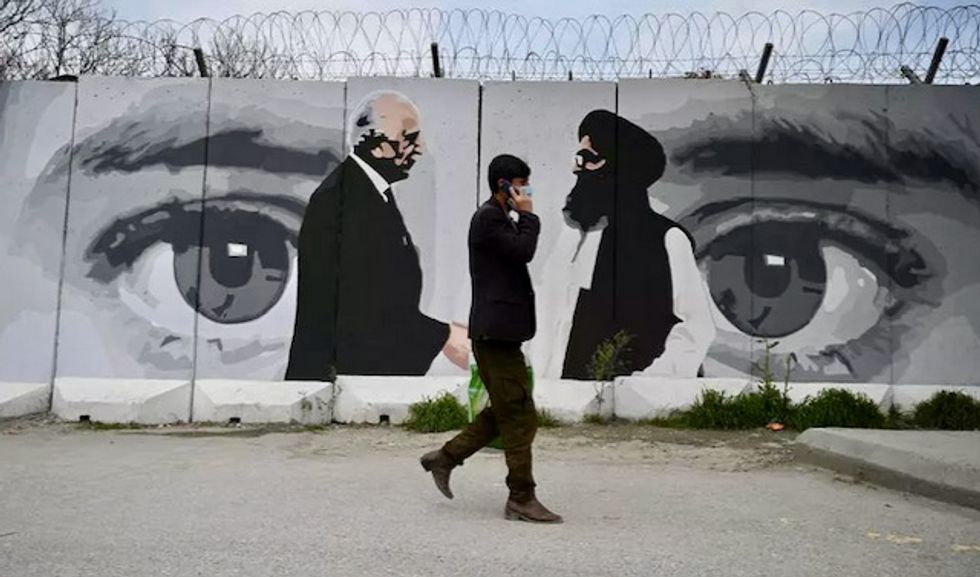 The Taliban will no longer participate in "fruitless" discussions with the Afghan government over a prisoner swap that had formed a key part of a deal with the US, the insurgents said.

In a tweet first sent in Pashto around midnight Tuesday Afghanistan time (1930 GMT Monday), the Taliban's political spokesman Suhail Shaheen blamed the administration of President Ashraf Ghani for delaying the prisoner release "under one pretext or another".

"Therefore, our technical team will not participate in fruitless meetings with relevant sides starting from tomorrow," Shaheen, who is based in Doha, said in a subsequent tweet in English.

The two foes have been holding talks in Kabul since last week to try to finalise the prisoner swap that was originally supposed to have happened by March 10.

Matin Bek, a member of the government's negotiating team, said the release had been delayed because the Taliban are demanding the release of 15 "top commanders".

"We cannot release the killers of our people," Bek told reporters on Monday.

"We don't want them to go back to the battlefield and capture a whole province."

Bek added that the government was ready to release up to 400 low-threat Taliban prisoners as a goodwill gesture in return for a "considerable" reduction in violence, but the Taliban rejected that offer.

Washington signed a deal with the Taliban in late February that required the Afghan government -- which was not a signatory to the accord -- to free 5,000 Taliban prisoners, and for the insurgents to release 1,000 pro-government captives in return.

The imbalance is one of many aspects of the agreement that observers say give the Taliban a better deal.

In the accord, Washington promised the withdrawal of US and foreign troops from Afghanistan by July next year, provided the Taliban start talks with Kabul and adhere to other guarantees.

On Sunday, the Taliban released a statement accusing the Afghan government of violating the "peace agreement" between the US and the insurgents, even though the Taliban have killed scores of security forces since the deal was signed.