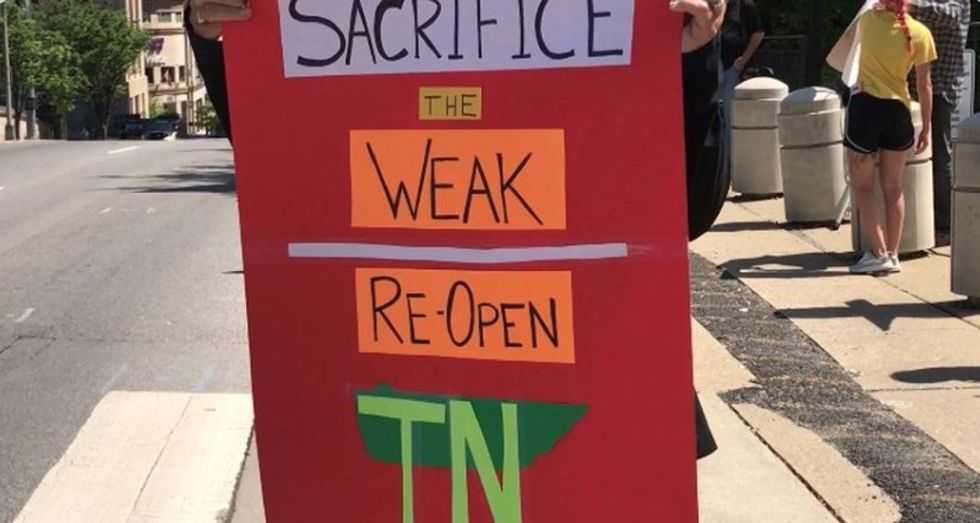 Local news station News Channel 9 has captured a photo of the sign, which read, "Sacrifice the weak -- reopen TN [Tennessee]."

According to the station, "dozens" of protesters showed up in Nashville on Monday to demand that the economy be reopened as soon as possible, as many people are struggling without any kind of income and have been shut out of getting small-business loans.

"We have no problem being shut down, but we can't afford to stay shut down if we don't have some kind of an income coming in," demonstrator Adrienne Hitch told News Channel 9.

The station also reports that many of the people at the rally were not practicing social distancing and were not wearing protective face masks, as has been recommended by public health officials as a way to slow down the spread of the disease.

TENNESSEE IN PROTEST: Even with the announcement to start re-opening the state's economy on May 1, Governor Bill Le… https://t.co/tt42SaZDql
— WTVC NewsChannel 9 (@WTVC NewsChannel 9) 1587433812.0