The experts guiding the world through the coronavirus pandemic 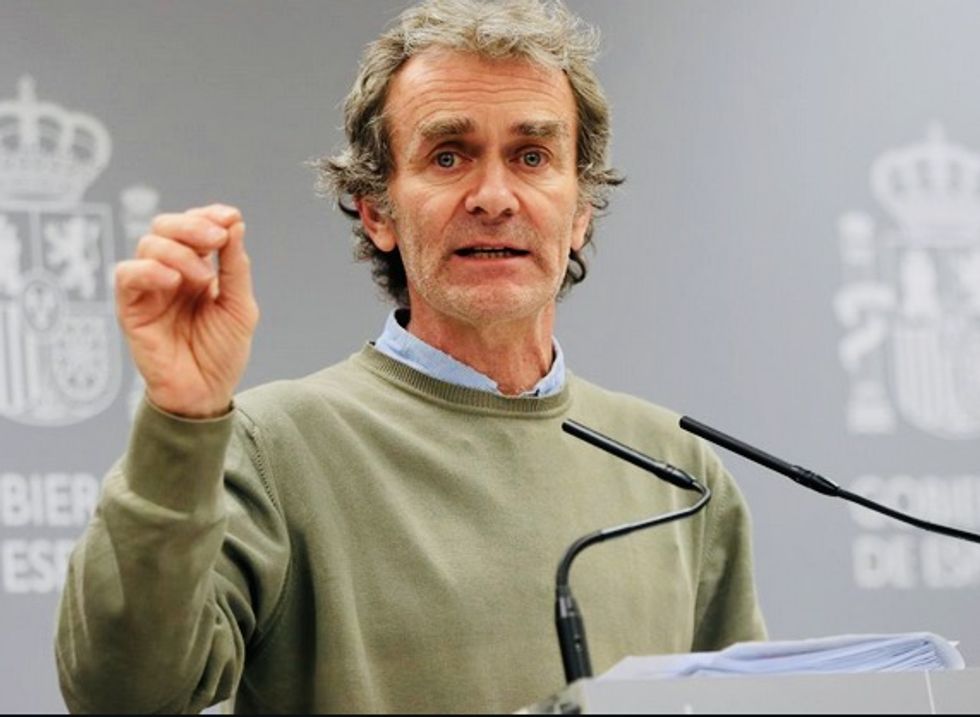 Doctors, researchers, even an army officer: the coronavirus pandemic has brought a diverse cast of experts into the media spotlight to guide the public through the crisis.

Many were unknown before the crisis, now they are familiar faces in living rooms across the world, from New York to Madrid to Beijing.

Meet the experts at the forefront of the battle against the pandemic.

- Spain: the doctor in quarantine -

Fernando Simon, the epidemiologist who presents the health ministry's daily televised briefings on the grim progress of the coronavirus in Spain has himself caught the virus.

Despite falling ill at the end of March, he continues to summarise the day's findings, in his hoarse, thin voice, from his room self-isolation.

But as director of the ministry's Health Alert and Emergency Coordination Centre, his initially cautious approach to the approaching crisis earned him criticism from some colleagues.

They also argue he was too slow to recognize the need for the radical lockdown now in place.

Analysis of his performances on social media is rather less technical: some see a resemblance to Barcelona player Antoine Griezmann.

His thick eyebrows and unruly mop of salt-and-pepper hair have been a gift to the nation's cartoonists.

As a doctor who has worked in Latin America and in Africa for the European Union and the World Health Organization, this not his first health emergency.

In 2014, he led the response to the Ebola outbreak, when two Spanish missionaries died in a Madrid hospital of the deadly disease.

- US: the expert who corrects Trump -

Anthony Fauci, the United States' top infectious disease expert, has led the country's response to every major epidemic since the outbreak of AIDS in the 1980s.

Now he has had to master the art of gently pushing back against the bluster of his boss, President Donald Trump, without actually saying he is wrong.

With his calm, professorial demeanour, pint-sized Fauci is fast becoming a household name as the evidence-driven straight shooter in the administration's coronavirus taskforce.

During one televised meeting with pharmaceutical executives in early March, Trump seemed to suggest a coronavirus vaccine could be ready in "three to four months".

It would take 12 to 18 months to determine whether it was effective, safe and can be produced in quantity, he explained.

Fauci has also had to temper Trump's enthusiasm for the prospects of anti-malarial drugs hydroxychloroquine and chloroquine as possible treatments.

While the president is already calling them a "game changer", Fauci has made it clear that it's too early to say -- that any "anecdotal evidence" needs validation in randomised clinical trials.

Fauci, ever the diplomat, has consistently played down these public yet polite disagreements.

China's unofficial spokesman on the deadly coronavirus pandemic might at first seem an unlikely choice: an outspoken 83-year-old doctor who once publicly disputed the government line.

But medical expert Zhong Nanshan, who leads the National Health Commission investigation against the outbreak, has become an authoritative voice in China's virus fight.

COVID-19, which has claimed over 3,300 lives in China, drew parallels with the 2002-3 SARS (Severe Acute Respiratory Syndrome) outbreak in terms of its initial spread.

That was when Zhong became a household name, when he publicly disputed the view that SARS was "effectively controlled" -- revealing a higher number of cases than Beijing was letting on.

He was a "natural pick" for Beijing to break any impression of a cover-up, said Zhao Litao, senior research fellow at Singapore's East Asia Institute.

His reputation as a trustworthy scientist -- and a non-government source -- helped build confidence as Beijing tackled the crisis, say observers.

Zhong revealed in late January the coronavirus was spreading between people, making it more infectious than anticipated.

As a result, cities imposed heavy travel and movement restrictions, and two new hospitals were built.

"This time he was tasked to speak the truth, while 17 years ago he had to take the risk for (doing so)," said Zhao.

Every evening at six o'clock, civil protection chief Angelo Borrelli, after a brief "buonasera" -- or good evening in English -- presents the latest figures live to the nation.

The bespectacled former accountant, 55, details the rise in cases, intensive care patients, the cured and, finally, the dead.

But despite is expert status, Italians view Borrelli as one of them rather than part of the distant elite.

When on March 25, some three weeks into Italy's coronavirus epidemic, he went down with a fever and self-isolated, there was nationwide alarm.

Three days later however he was back, having tested negative.

Borrelli has been on the frontline of Italy's emergencies since joining the civil protection agency in 2002, taking over as head three years ago.

He was perhaps the natural choice to front the coronavirus crisis and has been praised as a calming influence at a time of mounting panic.

But his critics say he has been overly cautious in his response to a invisible enemy that has killed more than 16,500 Italians.

In a rare personal reflection, he confessed recently to concern that social distancing measures had caused people to "internalize fears and anxieties".

"Reducing the metre that now separates us will be very difficult," he reflected.

"We'll have to get closer to each other once again gradually, without losing trust, and by nurturing tenderness."

- Bulgaria: tough-talking general in the frontline -

Bulgarians get their 8:00 am daily briefing from Major-General Ventsislav Mutafchiyski -- а 55-year-old military surgeon and director of the Military Medical Academy hospital in Sofia.

Some were initially put off by his military uniform and stern manner. But his plain-speaking style has won many people over.

He has been blunt at times, responding, for example, to complaints about the tailbacks of traffic at the checkpoints into every major city.

"Better have lines of waiting cars than lines of trucks transporting corpses," he retorted.

He scored an 89-percent approval rating in a mid-March Gallup poll of 1,000 respondents.

He was even celebrated in a recent pop song and has gone viral on social media: here he is breaking up a party; there he is slapping hefty fines on people breaking the lockdown.

Photos of him outside apartment buildings have also circulated online: "Where are you going?" he demands local residents.

- Germany: the expert who saw it coming -

Long one of the world's leading authorities on coronaviruses, Drosten, in his 40s, is today Germany's voice on COVID-19.

As early as mid-January, when the virus was still largely confined to China, Drosten and his team at Berlin's Charite university hospital became the first worldwide to develop a test-kit for the strain.

He was already badgering politicians to ramp up healthcare capacity in Germany.

More than two months on, he is credited with having kept the public onside in Germany's fight against the coronavirus.

Infections may have passed 100,000, but Germany's death rate has remained relatively low compared with some of its neighbors at under 1,900.

Early testing and a huge intensive-care capacity have been given some of the credit.

The tousle-haired virologist who developed a test for the first SARS virus in 2003, appears regularly on talk shows and interviews.

His daily podcast on the virus has consistently topped national charts since launching at the end of February.

And in a country that loves nothing more than an expert, Drosten's measured eloquence chimes with a public unsure whether to accept lockdown restrictions imposed by politicians.

In early March, Drosten appeared alongside Health Minister Jens Spahn at a news conference, calling for all mass public events to be postponed.

By the end of that week, Germany's national football league -- the main source of weekend entertainment for millions of Germans -- had been suspended.

From being a little-known cabinet member, Health Minister Lukasz Szumowski has quickly become a mainstay of Poland's fight against coronavirus.

The tired, serious face of the 47-year-old cardiologist and Warsaw professor looks out from television screens on a regular basis.

Szumowski is a member of the governing right-wing Law and Justice (PiS) party and health minister since January 2018.

A devout Catholic, he famously entrusted Poland's healthcare system to the Virgin Mary in a 2018 prayer. A former health minister quipped that he would rather put it in the hands of researchers and doctors.

Since the pandemic struck, Szumowski's profile and popularity has steadily risen.

Forty-six percent of respondents said they trust Szumowski, according to a March opinion survey by independent pollsters CBOS -- up 27 percentage points from February.

But his critics have lashed him for being off skiing in Italy when he could have been preparing the healthcare system for the crisis -- and that early on, he played down the severity of the virus.

Many commentators see Szumowski as the best chance of getting the May presidential election postponed, which his party, dismissing health fears, insists should go ahead.

Asked this question, Szumowski set out his priorities.

"I'm a doctor and I think that up until now it's been pretty clear that when I have to make decisions regarding people's health and lives, I speak my mind, and that will always be the case."