The real pandemic plaguing Trump is a dangerous outbreak of hypocrisy: conservative columnist 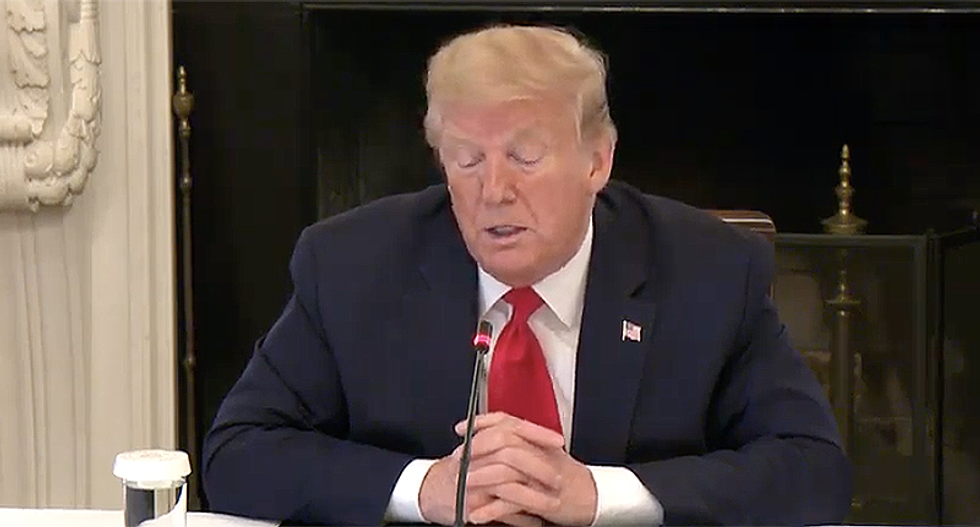 Conservative Washington Post columnist Max Boot is concerned about an outbreak in the White House of hypocrisy that is reaching pandemic proportions.

Writing Thursday, Boot explained that on Monday, Trump celebrated his economy, saying that he "built the greatest economy in the history of the world...I built it." Given his other statements, Boot noted hardly anyone even noticed it.

He recalled a "milder comment" from President Barack Obama in 2012: “If you’ve got a business, you didn’t build that. Somebody else made that happen.” Obama meant that there was always a great teacher, tax incentives, publicly funded roads and bridges and other Americans who helped make a community that could support a business.

“To say something like that, it’s not just foolishness,” said GOP nominee Mitt Romney. “It’s insulting to every entrepreneur, every innovator in America.”

"So you would expect that all of the conservatives enraged by Obama’s remarks must now be apoplectic that his successor is claiming personal credit for all of the economic growth during his administration (while, of course, ducking all responsibility for the recent economic implosion)," wrote Boot. "Dream on. There is, of course, not the faintest flicker of outrage from the right."

It's a new addition to an old game that began when Trump took office: "What if Obama said/done that?"

"They express no reservations about Trump doing on a much greater scale so many of the things that they bitterly denounced under Obama — e.g., deficit spending, expanding executive authority, meeting with dictators, resisting subpoenas, disrespecting the Oval Office, playing golf," cited Boot. "Now, the great pandemic and recession of 2020 have added a few choice chapters to the annals of Republican inconsistency."

Boot noted that despite Republican's lies, Obama's economy grew more in the last three years than it has in Trump's first three years. Now, with the coronavirus, all of the gains Trump had in the markets disappeared. It took an astronomical $2.2 trillion stimulus bill to stop the bleeding. The Dow has cautiously tried to climb out of the hole ever since.

Despite Republicans attacking Obama for his successful economy, they've all remained mute on Trump's failures.

The country is continuing to explode with problems. There are over 1 million known cases of COVID-19, more than 60,000 deaths, and 30 million Americans are out of work, meaning more than 1 in 4 people don't have a job right now. Dr. Anthony Fauci is warning this is not ending anytime soon.

"Hypocrisy must be contagious because it has reached pandemic proportions in the Republican ranks. Trump didn’t start the outbreak, but he is a super-spreader with a viral load of shamelessness. We need to run further clinical trials but, so far, not even repeated exposure to sunlight has cured this malady. Is there some disinfectant that Republicans can inject?" Boot closed.