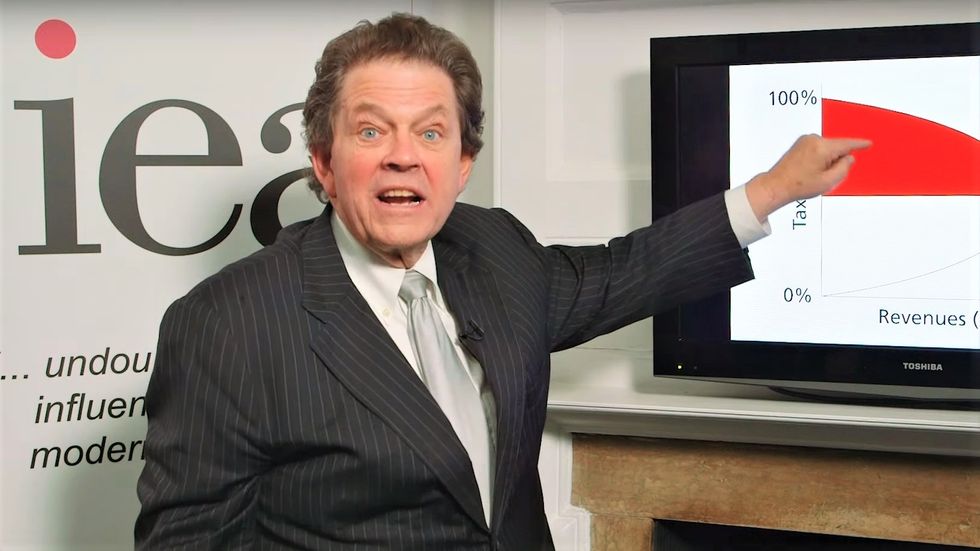 Right-wing economist Art Laffer, the creator of the infamous "Laffer curve" that incorrectly claims that tax cuts inevitably lead to increases in revenue for the government, says he's in contact with officials in President Donald Trump's White House and is pitching them on ideas for ways to "restart" the economy later this year.

In an interview with Reuters, Laffer gave a preview of potential coming attractions from the Trump administration as it seeks to reopen the American economy in the midst of the COVID-19 pandemic.

"Tax non-profits. Cut the pay of public officials and professors. Give businesses and workers who manage to hold on to their jobs a payroll tax holiday to the end of the year," Reuters writes in summarizing Laffer's proposals.

In addition to this, Laffer tells Reuters that he would like to slash unemployment benefits so that the millions of people who lost their jobs over the past three weeks don't lose the incentive to find work.

“If you tax people who work and you pay people who don’t work, you will get less people working,” Laffer said. “If you make it more unattractive to be unemployed, then there’s an incentive to go look for another job faster.”

Read more about Laffer's "recovery" ideas at this link.