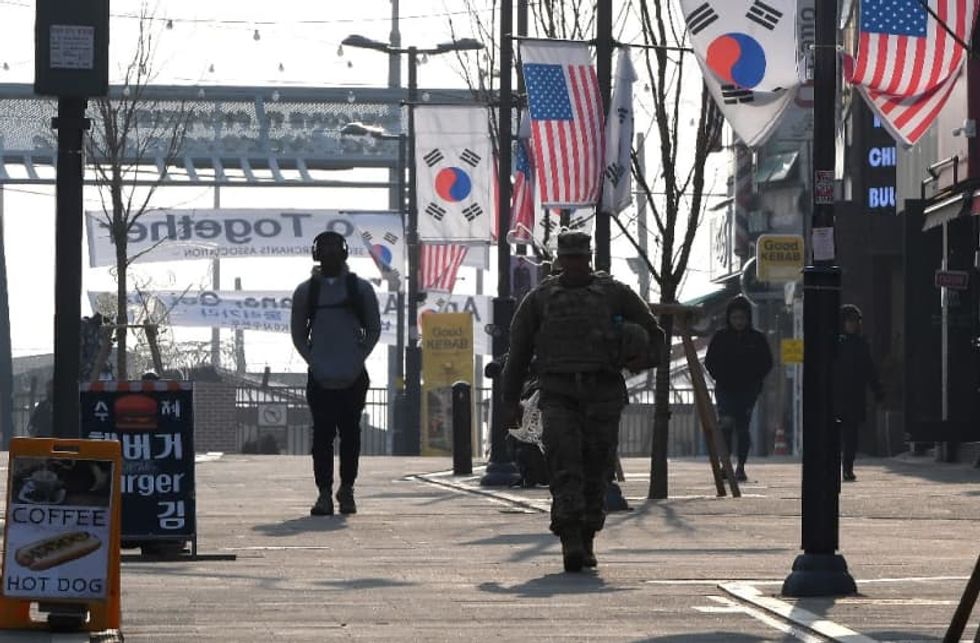 Around 4,000 South Koreans working for the US military in their country were put on unpaid leave Wednesday as Seoul and Washington bicker over funding for US forces.

Washington stations 28,500 troops in the country to defend it against the nuclear-armed North, but the security allies' relationship has been strained by US demands that the South pay billions of dollars more towards their costs.

The Trump administration initially insisted on $5 billion a year -- a more than fivefold increase.

US officials say they have since "compromised" on the figures but seven rounds of negotiations, the most recent in mid-March, have failed to reach a deal.

The previous Special Measures Agreement, as the funding pact is known, expired at the end of December and US Forces Korea (USFK) said last month it would be forced to start putting Korean employees on leave from April 1 when funds to pay their salaries ran out.

"This is an unfortunate day for us... it's unthinkable...it's heartbreaking," USFK commander Robert Abrams said in a statement on Wednesday.

"These are our employees, our co-workers, our teammates, and we consider them family," he added. "They are vital to our mission."

The furloughs so far apply to almost half USFK's near-9,000 South Korean staff.

They come as Seoul and the US military battle the ongoing coronavirus outbreak -- 13 cases related to USFK have been confirmed -- and with North Korea carrying out a series of weapons launches.

"The US has put citizens of its security ally and their livelihood in jeopardy," Son Gio, secretary general of USFK Korean Employees Union, told AFP.

"President Trump is also putting lives of US soldiers stationed in South Korea in danger, as the furlough will make things worse for those who have already been affected by the coronavirus outbreak within the bases."

Ahead of Wednesday's furlough, South Korean negotiator Jeong Eun-bo said Seoul and Washington had "substantially narrowed" their differences and were "at the final stage of coordination to settle a deal."

"We urge the US to take measures to make sure the employees subject to the furlough scheme can swiftly go back to work," he said, adding the move could undermine military readiness on the peninsula.