'Thriving during a pandemic': UnitedHealth posts surge in profits as millions lose insurance and thousands die 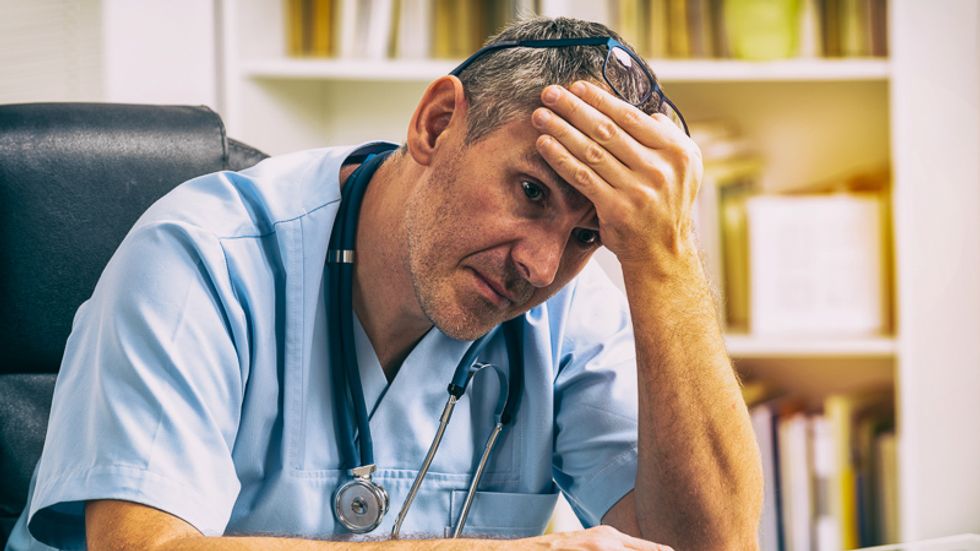 "That's the story of healthcare in America today," former insurance executive Wendell Potter said Wednesday after the largest private health insurance provider in the U.S. announced that it saw a significant increase in profits over the last three months while the Covid-19 pandemic killed thousands of people and forced millions more off their employer-sponsored coverage.

UnitedHealth Group, whose CEO is an outspoken opponent of Medicare for All, said the coronavirus outbreak had "minimal impact" on its earnings in the first quarter of 2020 and is unlikely to disrupt the company's profit outlook for the rest of the year. As of Thursday morning, the novel coronavirus has officially infected more than 636,000 people and killed more than 28,000 in the United States.

"Americans are getting sick and dying, and doctors risking their lives to save them, in this crisis. Meanwhile, health insurance companies are denying coverage and squeezing doctors to generate record profits."

—Wendell Potter, Medicare for All NOW!

"First quarter earnings from operations grew $164 million or 3.4% year-over-year to $5.0 billion," the company said, noting that the costs of the coronavirus pandemic were offset by "lower elective care demand," meaning fewer people sought out non-essential medical treatment over the last three months as Covid-19 spread across the U.S.

Potter, a self-described "reformed insurance propagandist" who now heads the advocacy group Medicare for All NOW!, wrote in a series of tweets Wednesday that "while America's reeling from the Covid-19 crisis, my old industry—the private health insurance racket—is winning big."

"UnitedHealth easily blew away Wall Street's expectations for the first 3 months of 2020. The $5 billion it reported earning over the first 3 months of the year is actually UP 3.4% over the same quarter last year—despite losing almost 1.2 million in health plan membership," said Potter. "In other words, they're thriving during a pandemic."

Potter noted that instead of using profits to reduce premiums and out-of-pocket expenses for its customers amid the coronavirus pandemic, UnitedHealth Group "used $1.7 billion to buy back its own shares."

"The bottom line: Americans are getting sick and dying, and doctors risking their lives to save them, in this crisis," Potter wrote. "Meanwhile, health insurance companies are denying coverage and squeezing doctors to generate record profits."

UnitedHealth Group's earnings report came as Democratic lawmakers are offering competing plans on how best to tackle the coronavirus-driven healthcare crisis. According to an analysis by Covered California, the pandemic could lead insurance companies to hike premiums by as much as 40% next year even as industry profits rise.

As Common Dreams reported Tuesday, Rep. Bobby Scott (D-Va.) unveiled legislation that would allow laid-off and furloughed workers to continue buying into their employer-sponsored insurance plans at no additional cost.

While the bill received some applause, including from the AFL-CIO, progressives criticized the proposal as a mere "subsidy to insurers" that would not address the structural problems at the heart of America's profit-driven insurance system.

Meanwhile, Sen. Bernie Sanders (I-Vt.) and Rep. Pramila Jayapal (D-Wash.) last week introduced legislation that would provide no-cost healthcare to all for the duration of the coronavirus crisis by empowering Medicare to cover all essential medical costs for the uninsured and all out-of-pocket expenses for those with insurance.

"With an estimated 35 million Americans in danger of losing their employer-provided health insurance over the coming weeks and months," said Sanders, "this legislation is needed now more than ever."