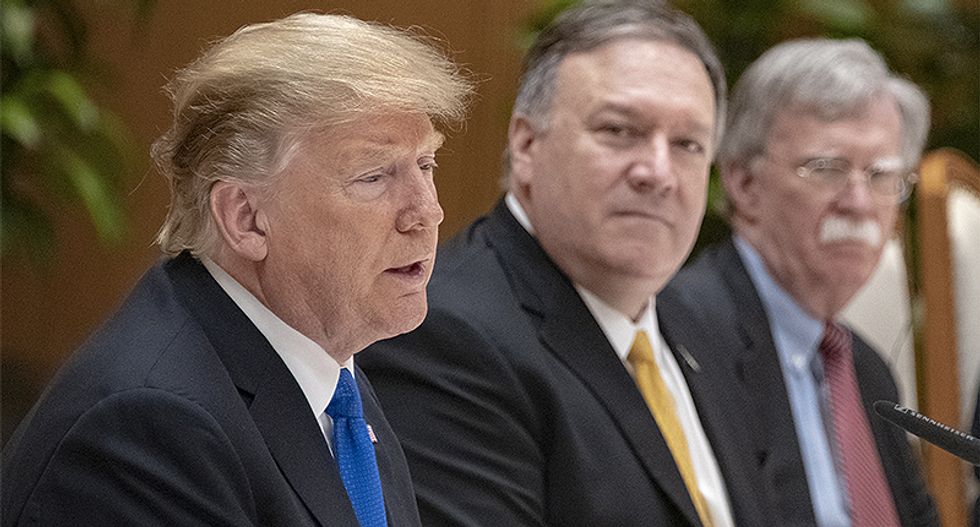 Days after the Trump administration threatened Central American countries with visa sanctions if they refuse to accept nationals who are deported from the U.S. during the coronavirus pandemic, the Guatemalan health minister said an estimated 75% of the people on one deportation flight from the U.S. later tested positive for the virus.

Health Minister Hugo Monroy's claim raised fears that the U.S. is willfully sending sick people back to the countries they left, creating conditions for larger outbreaks in countries including Guatemala, El Salvador, and Honduras.

The U.S., which is now the epicenter of the global pandemic with more than 600,000 cases, resumed deportations on Monday after a week-long pause due to fears that ill migrants might spread the coronavirus to others on deportation flights. The Trump administration sent two flights with a total of 182 people to Guatemala Monday.

Before the flights resumed, the Guatemalan government reported that at least three nationals deported from the U.S. later tested positive for the highly infectious disease. A total of 180 cases have been reported in the country, and at least five people have died. Monroy said he could not give a specific number of positive cases on the recent flight for security reasons.

"If Monroy is correct, it could mean dozens of Guatemala's cases are tied to U.S. deportations," reported ABC News of the health minister's claim.

Before resuming deportations, Secretary of State Mike Pompeo warned Central American countries that if they attempt to bar deportees from entering, the Department of Homeland Security would no longer process visas from the countries.

As Common Dreams reported last week, immigrant rights advocates have demanded in recent weeks that the Trump administration release as many detained immigrants as possible, including all children, to prevent coronavirus outbreaks in the country's detention centers.

At least 89 immigrants in detention have tested positive for COVID-19 so far, as well as 21 ICE employees. As Common Dreams reported last week, a federal judge ordered the agency to release immigrants who are at heightened risk for exposure.

Immigrants and refugees the administration forcibly deports, however, are unlikely to know whether they've been exposed to the virus and if they could spread it to others while en route to their home countries once they arrive.

"Unless deportees have access to testing prior to boarding the plane, there is no guarantee that they are not at risk of spreading the virus to others on the plane or to their families once they arrive home," Rachel Schmidtke, Latin America advocate for Refugees International, told ABC News. "Continuing to deport sick people who lack access to healthcare, a financial safety net, or even basic necessities like potable water once they arrive in Guatemala is irresponsible and places unnecessary risks on some of the most vulnerable."