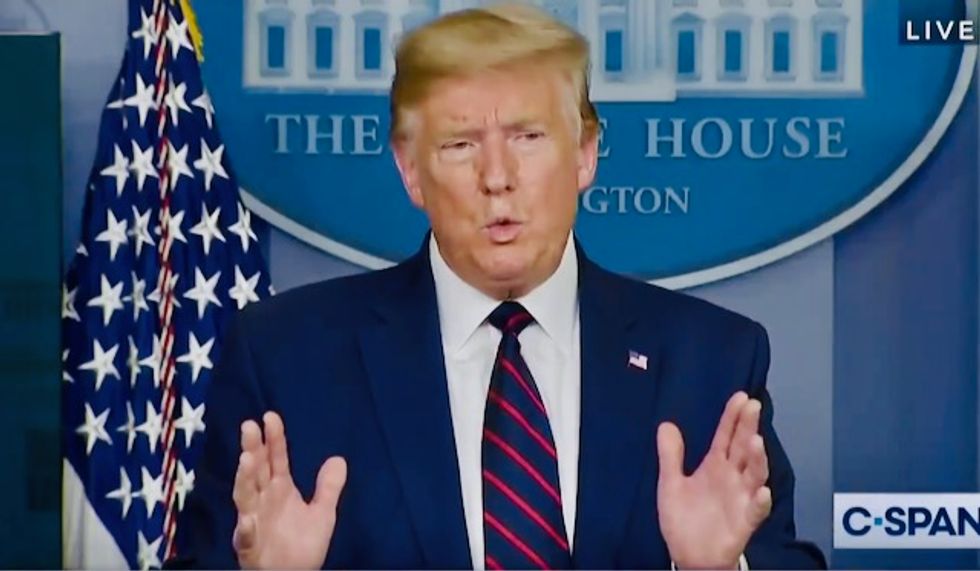 At Thursday's coronavirus press briefing, President Donald Trump acknowledged to reporters that many of the protesters who turned out in states like Michigan, Ohio, and Kentucky to demand anti-coronavirus lockdowns end are supporters of his presidency.

"They seem to be protesters that like me," said Trump.

The demonstrators gained national attention after several of them were seen carrying Confederate battle flags — despite the fact that not all of the states in question were Southern states.