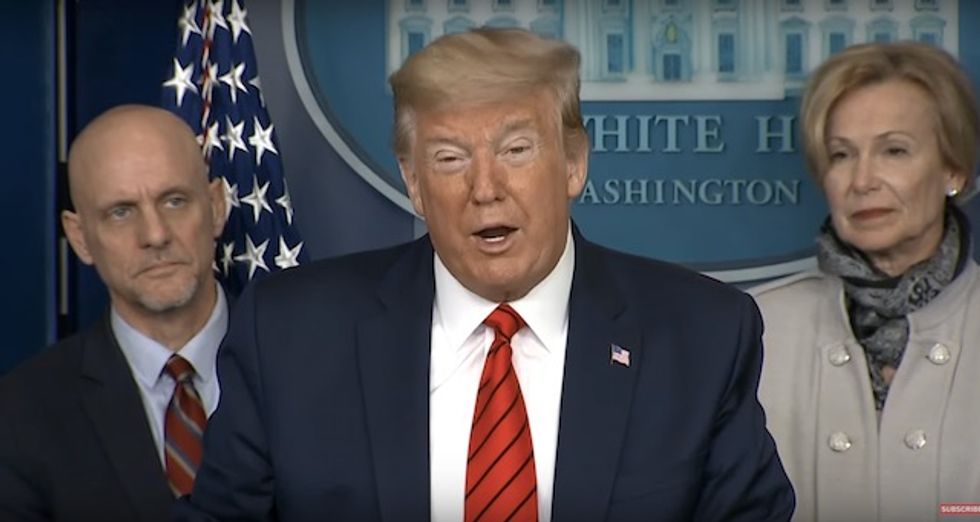 At Tuesday's press briefing for the White House's coronavirus task force, President Donald Trump was asked about adviser Peter Navarro's memo issued to him warning that millions of people's lives would be at risk.

His response was that he doesn't believe millions of people will die — but that "I didn't see" the memo in question. He proceeded to praise Navarro and his memo even after saying he wasn't familiar with what the reporters were talking about.