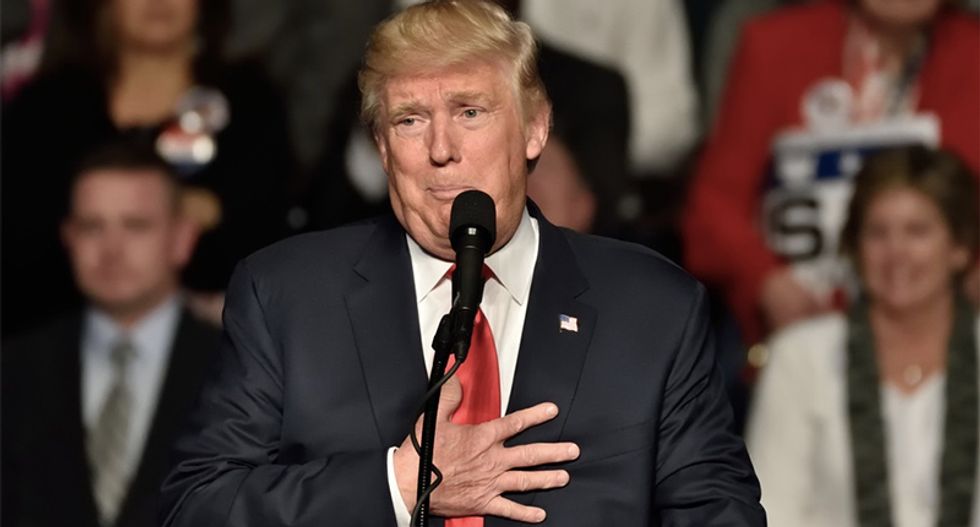 President Donald Trump kicked off Sunday with a tweet wishing "our great First Lady" a "Happy Birthday" just past noon but the day quickly devolved into a barrage of attacks and criticism against the free press.

One tweet got a good deal of attention: Trump apparently confusing the word "noble," with the Nobel Prize, which he then wrongly conflated with the Pulitzer Prize for journalism.

Trump then went on a rampage, attacking the free press and at one point even demanding lawyers look into bringing a lawsuit against reporters and "Fake News Organizations" to get reporters to force the "Noble Committee" to demand reporters return their "Noble Prizes for their work on Russia, Russia, Russia."

Again, there is no "Noble Committee" or "Noble Prize." Trump was not exonerated for his actions related to Russia. Democrats committed not crimes. Mainstream media reporters committed no fraud. There was no "terrible injustice" perpetrated against President Trump.

Fortunately, there is always a record of everything the President says and does, at least publicly. Factba.se has an archive of the President's deleted tweets. Here they are: 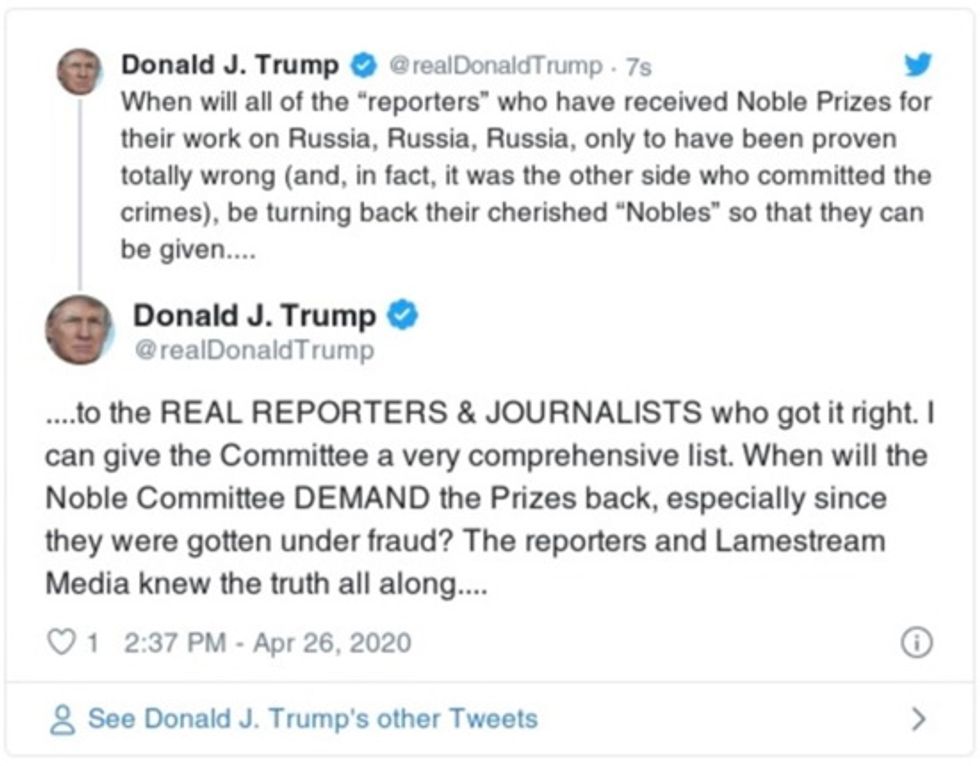 On Monday, Trump went on a full scale assault on the free press. He has not deleted these tweets: