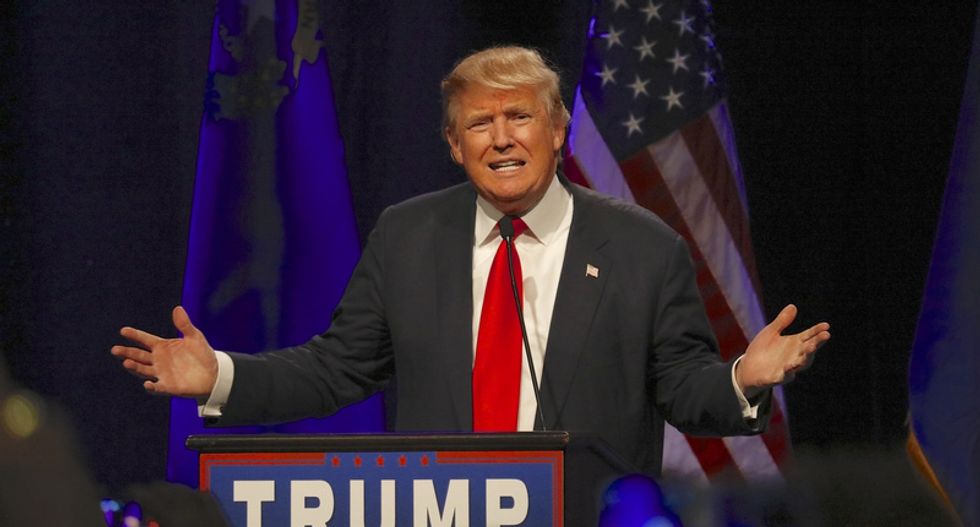 The Trump administration has awarded a huge contract to a North Dakota company the president has repeatedly pushed to build his southern border wall.

"President Trump has personally and repeatedly urged the head of the U.S. Army Corps of Engineers to award a border wall contract to a North Dakota construction firm whose top executive is a GOP donor and frequent guest on Fox News," The Washington Post reported in May of 2019, citing four administration officials.

The company, Fisher Sand & Gravel of North Dakota, received a $400 million contract. That contract is now being investigated by the Pentagon's inspector general, The Daily Beast reports.

That wasn't the only contract the firm has received.

"Last Wednesday, while the country strained under a nationwide lockdown, [the Army Corps of Engineers] found time to award another border-wall contract to a company Trump personally championed—even as it’s under investigation by the Defense Department inspector general. Specifically, Fisher on Apr. 15 got $7,633,085 to build a mere '800 linear feet' of bollard barrier—that slatted design Trump favors—for the wall in Yuma, Ariz," The Beast reported.

“Last time I checked, the inspector general has not yet determined if the December 2019 Fisher contract was properly awarded and the country is still facing a pandemic and largely under lockdown,” Thompson said. “The Army Corps should pause construction and contracting decisions until the investigation is complete and it is safe to resume non-essential construction projects. Army Corps resources should be put to better use responding to the coronavirus pandemic we are still facing.”

Scott Amey of the Project on Government Oversight also blasted the contract.

“While favoritism in federal contracting is prohibited, Fisher seems to be favored by President Trump and others inside the Defense Department, despite a questionable track record and past experience history,” Amey said. “The Army might want to wait to throw more money at Fisher until the IG finishes its audit and we have a better understanding of whether its original $400 million award was legitimate.”