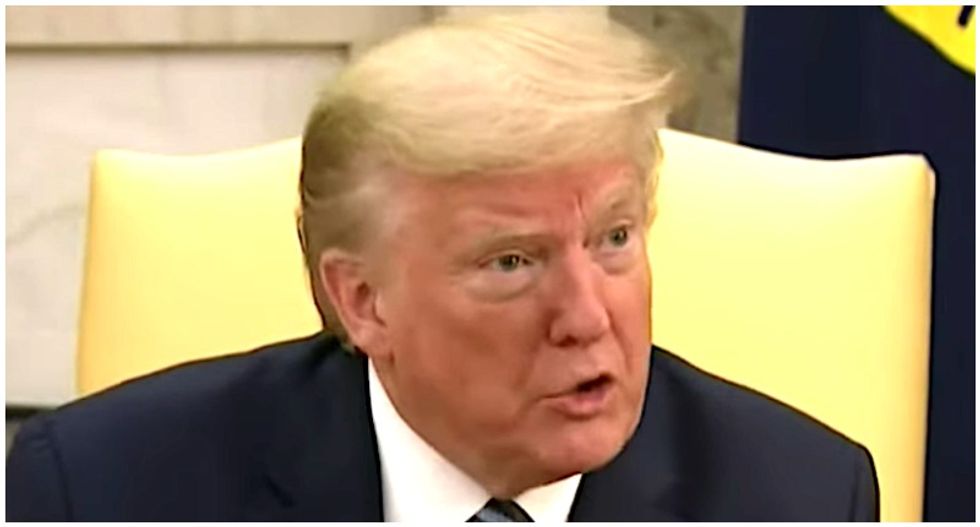 During an exchange with CNN's Jim Acosta in the Oval Office this Thursday, President Trump lamented how "dirty cops" in Washington "tormented" his disgraced former national security adviser Michael Flynn.

Acosta asked Trump if he's going to pardon Flynn, and then cited tweets from 2017 where Trump announced that he had fired Flynn because he "lied to the Vice President and the FBI." Trump nevertheless defended Flynn, telling Acosta that Flynn would not have reached such a high level in his military career if he was "bad."

"Right at the beginning of the administration, the dirty cops came in," Trump said. "And, you see the notes, Jim -- whether you're on our side, that side, whatever, I mean, I assume -- let's all talk about fairness -- what they did do General Flynn, and by the way, to Roger Stone and to others, was a disaster and a disgrace, and it should never be allowed to happen in this country again."