Trump has exposed America for being the 'failed state' that it is: Noam Chomsky 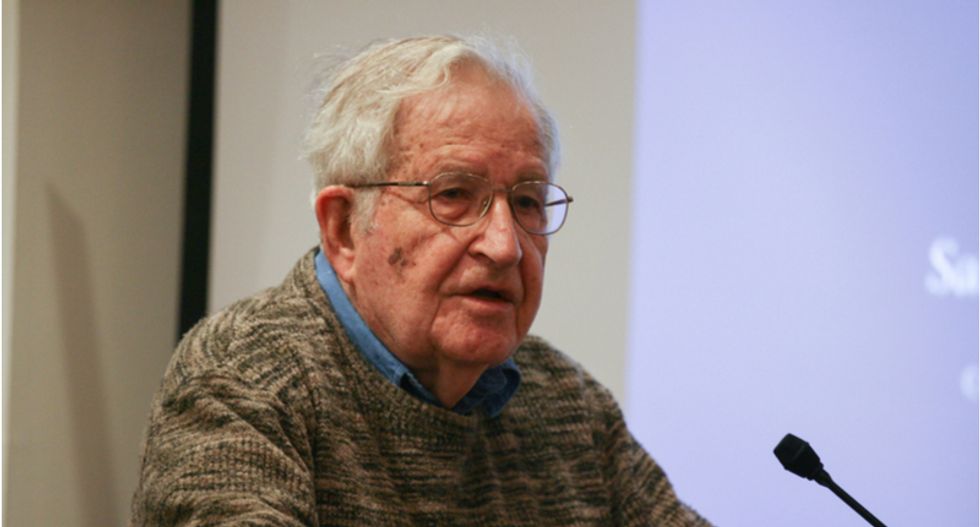 In an interview with Truthout this Wednesday, famed linguist and leftist philosopher Noam Chomsky contends that the coronavirus outbreak has exposed the U.S. for being the "failed state" that it is. He also discussed the motivation behind President Trump's encouragement of the anti-lockdown protests.

"Fifteen years ago, I wrote a book called Failed States, a common locution in the day, referring to states that are incapable of meeting the needs of citizens, in the most important case because of deep policy choices, and are a danger not only to their own citizens but the world," Chomsky said. "The prime example was the United States. Extensive evidence was reviewed. That’s not of course the intended use of the phrase in the doctrinal system, just as 'rogue state' means some enemy, not ourselves, the prime example."

"Trump has indeed hit America with a hammer blow — and much of the world as well, a matter we should not overlook," Chomsky continues. "Just keeping to the current COVID-19 crisis, it is remarkable to see how little attention has been given to his sadistic assault against poor and suffering people around the world in pursuit of his goal of enhancing his electoral prospects."

According to Chomsky, Trump's ongoing strategy regarding the coronavirus is not difficult to figure out.

"Trump has been casting about to find someone to blame for his crimes," Chomsky said. "After evoking the Yellow Peril and laboring to destroy the WHO, with grim effects, he’s pretty much run out of targets. A rational next step is to tell governors that it’s your business: the federal government, which has all the resources, can’t do anything for you. If anything goes wrong, it’s your fault, not mine. And if something happens to go right somewhere, it demonstrates what a stable genius I am, and will be trumpeted by Sean Hannity as the most brilliant decision in human history."

Read the full interview over at Truthout.