Trump has proven he 'can't be useful' during pandemic -- and is now 'irrelevant': national security expert 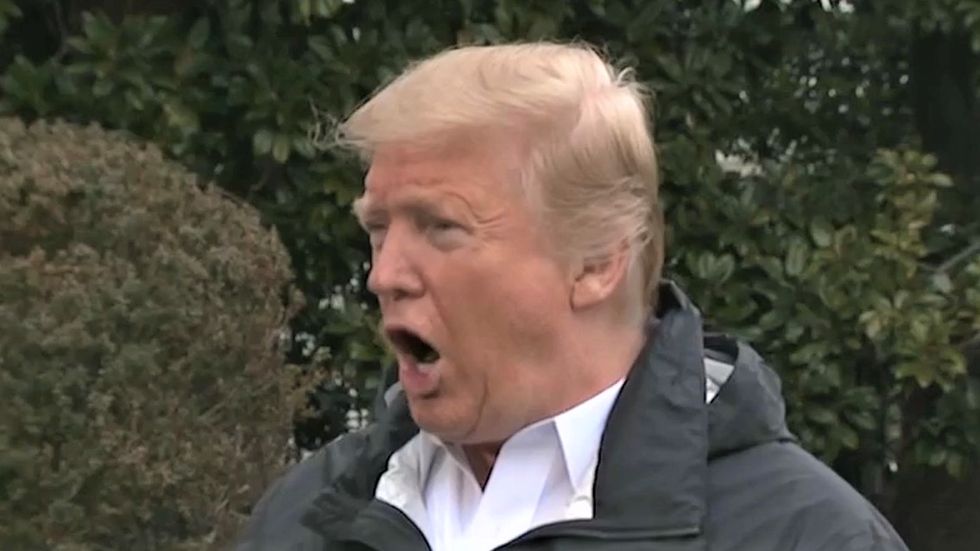 A national security expert told CNN on Monday that President Donald Trump has given Americans no choice but to disregard everything he says about the COVID-19 pandemic.

Juliette Kayyem, the former U.S. Assistant Secretary of Homeland Security for Intergovernmental Affairs for President Barack Obama, told CNN's Alisyn Camerota that Trump's musings about the benefits of injecting people with disinfectant to treat COVID-19 appear to have been the last straw for even many Republicans who are now pushing to have him stop giving regular briefings about the pandemic.

"I've often said from the beginning, if the president can't be useful, make him irrelevant," she said. "It sounds like he's going to get out of the lane that matters the most, which is the protection of lives and the protection of our first responders, and maybe turn into a lane which also matters, which is economics."

While Kayyem didn't exactly endorse whatever solutions Trump would propose to revive the economy, she said that having him focus on economics is "not going to kill people directly right now."

"If people, like governors, begin to isolate the president and his bad information, we will be in a better place," she concluded.

Trump has proven he 'can't be useful' during pandemic -- and is now 'irrelevant': national security expert from Brad Reed on Vimeo.