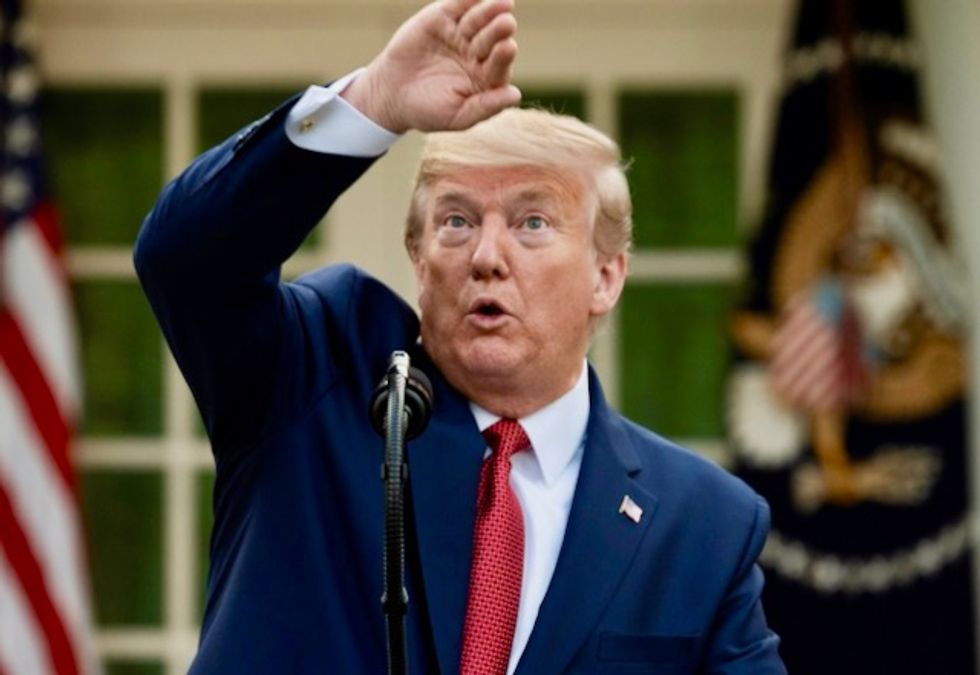 President Donald Trump threatened to use an unprecedented constitutional power on Wednesday at his daily coronavirus press briefing.

Out of frustration that Congress is using pro forma sessions to avoid formally adjourning — at which point the president could make recess appointments of his nominees without congressional approval — Trump said he may force the legislative branch to adjourn.

“No President in history has ever used the Constitutional power to adjourn Congress,” tweeted presidential historian Michael Beschloss.

Steven Vladeck, a University of Texas law professor, argued that Trump couldn’t use the power now.

“Article II of the Constitution gives the President the power to adjourn Congress if—and only if—the House and Senate cannot agree on a date for ending the current session,” Vladeck said. “But they have agreed—January 3, 2021. There’s a reason why this power has *never* been exercised before.”

If I thought that Trump knew about Article II, § 3 of the Constitution, I’d say he’s wildly misinterpreting it.

A President can only adjourn Congress “in case of disagreement between them, with respect to the time of adjournment.” pic.twitter.com/vsz2xWNQPT

Editor-in-Chief of The Dispatch Jonah Goldberg said of his legal sources: “So far consensus seems to be that Trump could make Congress adjourn but only if McConnell is in on the scheme by refusing to come to an agreement with the House. So it wouldn’t really be Trump forcing anything (though he likes words like ‘force’).”

“The current practice of leaving town while conducting phony pro forma sessions is a dereliction of duty that the American people can not afford during this crisis,” he said at the briefing, which, again, was supposedly about the coronavirus pandemic. “It is a scam, what they do. It’s a scam. And everybody knows it and it’s been that way for a long time.”

Pres. Trump threatens to adjourn both chambers of Congress so he can make appointments to fill vacant positions and… https://t.co/Lb6Z4p9G7s
— ABC News (@ABC News) 1586990381.0