Trump pushed to shutter pandemic monitoring program even as he received reports of COVID-19: report 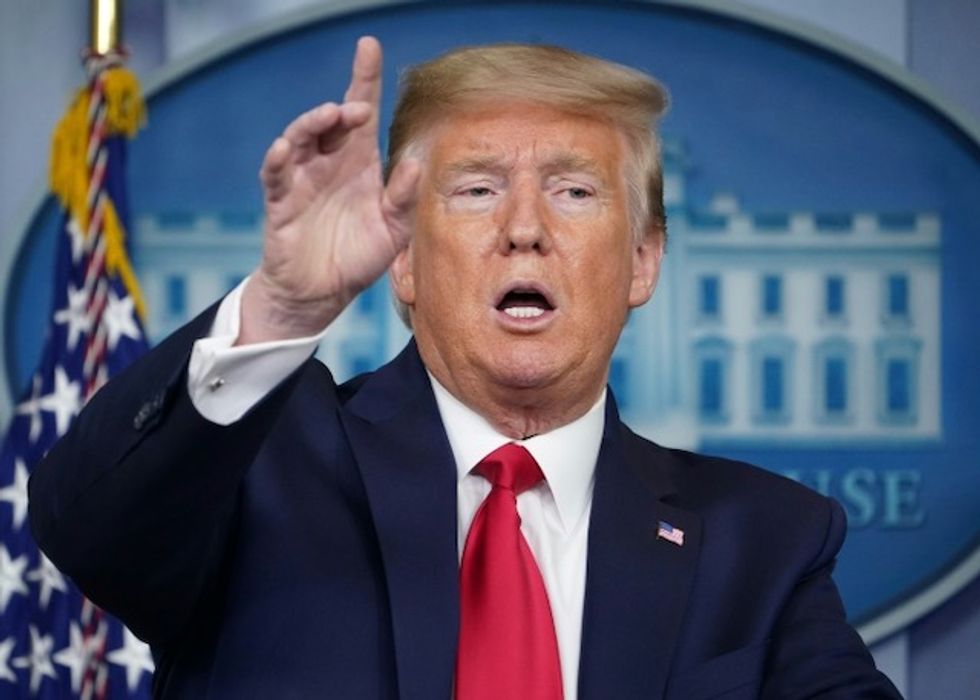 According to CNN, President Donald Trump's administration pushed ahead with its plan to shutter a major agency tasked with identifying new sources of potential pandemics, even as the first reports of the novel coronavirus appeared in China — then frantically tried to reverse the decision as the crisis worsened.

"As early indications of China's coronavirus outbreak emerged in late December, the Trump administration notified Congress it would still follow through with its plan to shutter a US Agency for International Development surveillance program tasked with detecting new, potentially dangerous infectious diseases and helping foreign labs stop emerging pandemic threats around the world," reported Zachary Cohen.

"The administration ultimately backtracked nearly three months later, granting an emergency six-month extension for the program known as PREDICT on April 1. The extension allowed the US to provide 'emergency support to other countries for outbreak response including technical support for early detection' of the virus that causes the disease Covid-19, according to a notice posted by University of California-Davis, one of the project's implementing partners," continued the report. "But by that time, the coronavirus outbreak had already been declared as a global pandemic by the World Health Organization and had claimed the lives of more than 4,300 people in the US."

On Thursday, new reports indicated that, in addition to former President Donald Trump, the House January 6 Select Committee is considering criminal referrals to the Justice Department for four of his high-ranking associates: Former DOJ official Jeffrey Clark, attorneys John Eastman and Rudy Giuliani, and former White House Chief of Staff Mark Meadows — all of whom reportedly came up with plans to overturn the election results in various states, or undertook legal action to attempt to do so.