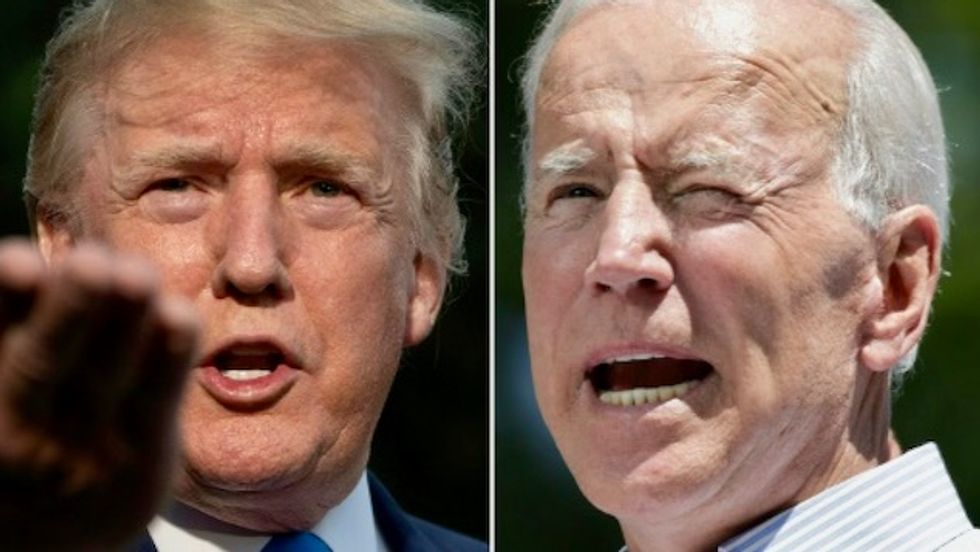 On Thursday, The Daily Beast reported that President Donald Trump is considering taking up former Vice President Joe Biden on his offer to set up a phone call and discuss the government's response to the coronavirus pandemic.

"Addressing a reporter’s question if Trump would be open to such a conversation, the president said during Wednesday’s press briefing that he would “absolutely” take Biden’s call if he were to ring him," wrote Hanna Trudo. "'I'd love to speak to him, sure,' said Trump, who, despite routinely mocking the presumptive Democratic nominee's mental acuity and tagging him, for months, as 'sleepy Joe,' said he's 'always found him to be a nice guy.'"

The report continued: "Biden, in a briefing call with reporters, seemed warm to the idea. 'I'm happy to hear he'll take my call,' he said. 'My team's working with him to set such a call up,' he told reporters on Thursday."

It's a bizarre turn of events. Trump and Biden will likely face each other as rivals in the November presidential election, have spent much of the past several months trading barbs, and Trump even found himself impeached over a scheme he and his associates set up in Ukraine to try to undermine Biden's election campaign. However, the two men seem at least open to the idea of putting aside politics to discuss how to help the American people.

Some Republican allies of Trump, however, think the idea is ridiculous. "Is that a serious thing?" said a Republican aide on Capitol Hill. "It would just be two guys talking past each other. What would be the point?" Others worry that Trump is shooting himself in the foot by giving Biden unnecessary press exposure during a crisis, when the president naturally commands center stage.