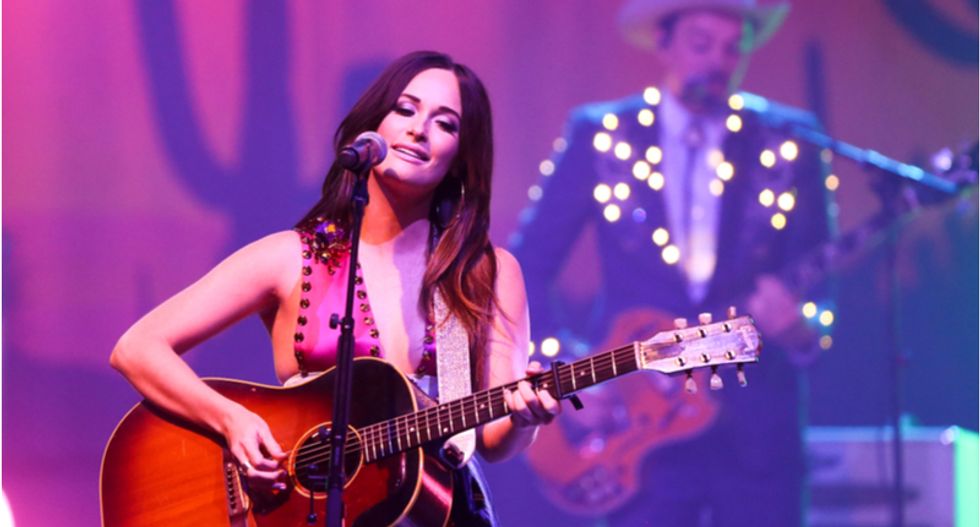 An Instagram post from country music star Kacey Musgraves has some of President Trump's supporters in a huff after she referred to the President as a "f*cking tool."

The post was in one of Musgraves' Instagram stories where she included a screenshot of a March 29 tweet from Trump that stated, "President Trump is a ratings hit."

"Since reviving the daily White House briefing Mr. Trump and his coronavirus updates have attracted an average audience of 8.5 million on cable news, roughly the viewership of the season finale of The Bachelor. Numbers are continuing to rise," the tweet read.

An article from Popculture.com highlighting Musgraves' post was posted to Facebook, and the comment thread that opened up beneath was full of a lot of unhappy Trump supporters.

"Never liked her from day one she’s an entitled little B****!" wrote commenter Bill Swenson. "She just think she’s all that I was rolling her eyes and making faces what other country stars are doing their thing she just thinks the universe revolves around her. Snobby little pain in the A**!!!!"

"Is she willing to spend her money to help anyone in need, probably not, she better hold on to it ask the Dixie Chicks!!!" wrote Lee Ann Hamilton.

"I used to like her," stated Melissa Williams. "Not anymore. Will never listen to her music anymore."

A video posted to TikTok showing a traffic stop in Southern California has some thinking it's an example of racial profiling, KTLA reports.

The driver who recorded the incident, 22-year-old University of California Berkeley student Abdullahi Aden, was initially pulled over for the tint on his windows.

Former President Donald Trump on Thursday refused to commit to supporting the 2024 Republican presidential nominee — if he doesn’t win it. “It would depend. I would give you the same answer I gave in 2016,” Trump said in an interview with conservative radio host Hugh Hewitt. “It would have to depend on who the nominee was.” The GOP needs a unified base of support to unseat President Joe Biden, who is expected to announce his own reelection bid soon. The worst-case scenario for Republicans would be a losing Trump launching a third-party or independent bid, which would siphon votes away from the...