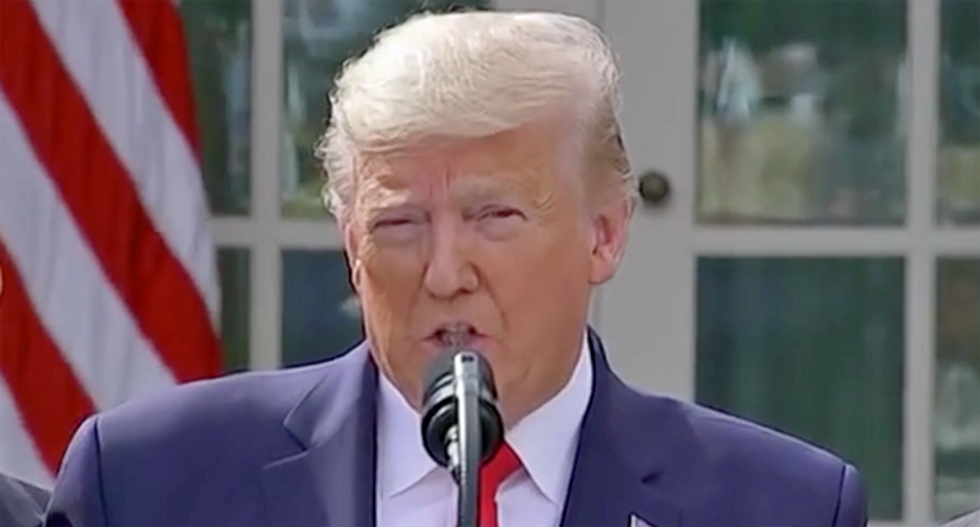 President Donald Trump complained that Democrats should come back to Washington so the SEnate could approve his appointees that he claimed are critical in the time of the coronavirus. The appointees, however, had nothing to do with public health.

The president rattled off positions "to assist with the coronavirus crisis and the associating challenges."

"The positions include the director of national intelligence, two members the federal reserve board of governors, the assistant secretary of the treasury for financial markets, and the undersecretary of agriculture responsible for administering food security programs."

He said he's been hearing criticisms for years that he doesn't fill positions, "well in some cases we don't need positions and I'm all for that. In some places we do, but you can't get them approved by the Democrats."

As a fact-check, the Democrats are not in control of the U.S. Senate, the Republicans are. So if people aren't being approved it's due to the GOP refusing to approve them through the committees. Given that it is an election year, any controversial appointments will likely not get approved before the November election.

It's unclear why Trump is using the coronavirus crisis to force political issues.

The president specifically cited his appointee to the broadcasting board of governors, Michael Pack, a conservative filmmaker. He would be responsible for handling the "Voice of America" which Trump attacked as "disgusting."

"What things they say are disgusting toward our country," he said.

Pack has been under investigation after he appeared to use funding from a nonprofit organization to fund projects with a private company.