Trump wanted to do a coronavirus radio show – but chickened out over fears of stepping on Rush Limbaugh’s toes: report 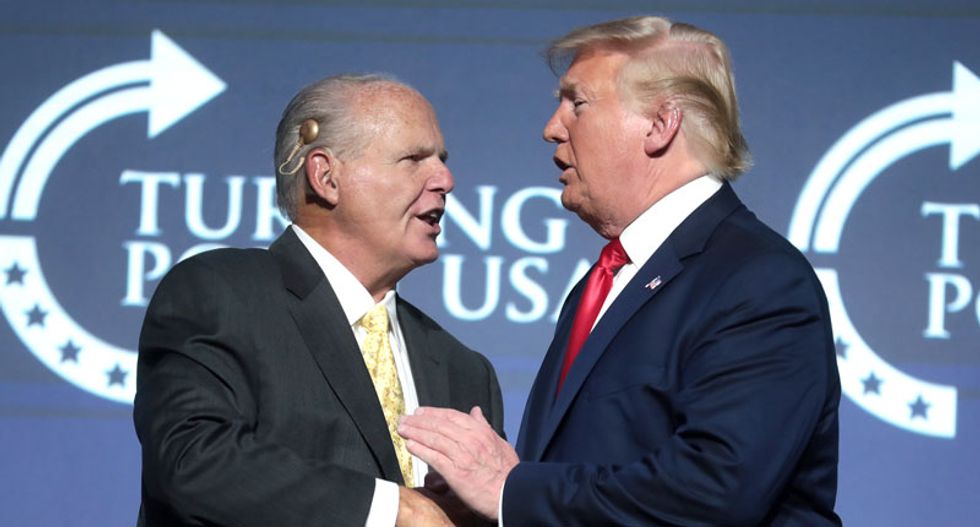 In early March as the coronavirus was spreading across the country and the world, President Trump barged into a coronavirus task force meeting and floated the idea of starting a White House radio talk show.

The show, Trump explained, would allow him to ease the fears of Americans and answer their questions about the outbreak, according to a new report from The New York Times. But Trump ditched the plan because he was worried the show would encroach on the territory of one of his favorite media personalities, Rush Limbaugh.

"No one in the room was sure how to respond, two of the officials said," the New York Times' Elaina Plott writes. "Someone suggested hosting the show in the mornings or on weekends, to steer clear of the conservative radio host’s schedule. But Mr. Trump shook his head, saying he envisioned his show as two hours a day, every day. And were it not for Mr. Limbaugh, and the risk of encroaching on his territory, he reiterated, he would do it."

Trump reportedly has grown exceptionally fond of Limbaugh since the pandemic's rise, one reason being that Limbaugh's show "offers a real-time metric of how the president’s decisions are playing with his supporters," according to Plott.

"Now, as multiple voices vie for the president’s ear on the appropriate timeline for America’s path to normalcy, Mr. Limbaugh is amplifying Mr. Trump’s instinct for swiftness. And for this president, as well as much of his party, Mr. Limbaugh’s affirmation remains a powerful motivator."