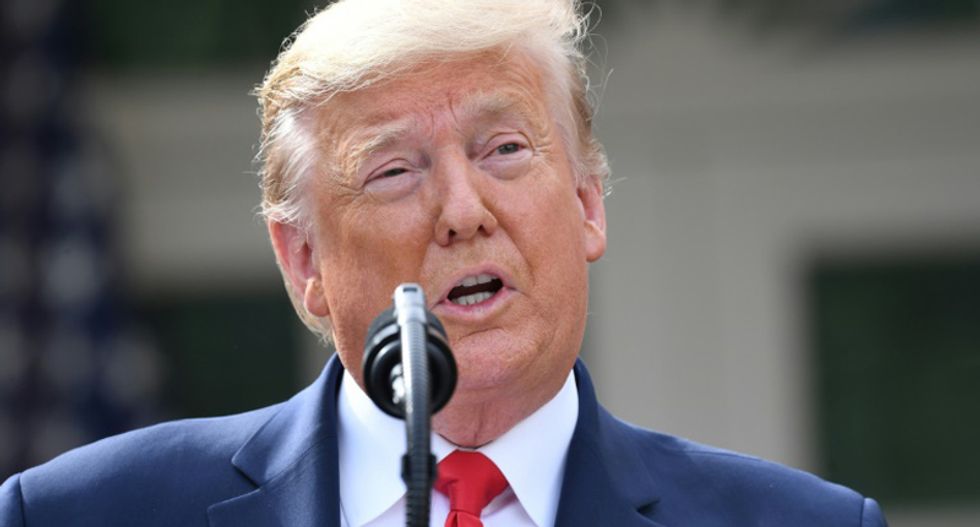 On Monday, Politico reported that some health officials in the Trump administration are privately "unsettled" by the president's ongoing fascination with hydroxychloroquine, the drug primarily used to treat malaria, lupus, and arthritis that is now being suggested as a treatment for the novel coronavirus.

The president has repeatedly touted hydroxychloroquine as a possible miracle cure, and has even suggested he might start taking it himself, even though his tests for COVID-19 have been reported as negative and even though there's a lack of data that it is safe or effective for that purpose.

"Trump has become an avid promoter of the drug from the White House podium," wrote Dan Diamond and Nancy Cook. "'What really do we have to lose?' he told reporters over the weekend. 'It is a very strong, powerful medicine. It does not kill people. We have some very good results and some very good tests,' he added, glossing over concerns from some of his own officials, who fear that the evidence of the drug’s efficacy is anecdotal at best."

The report continued: "The nation’s top infectious-disease expert, Anthony Fauci, has repeatedly warned in public and private that no definitive evidence exists about the drug. Behind the scenes, career health officials have raised even stronger warnings about the risk to some Americans’ heart health and other complications, but been warned not to publicly speak out and potentially contradict Trump, said two officials."

This uncertainty reflects the larger uncertainty that many experts nationwide have about the efficacy of hydroxychloroquine as an antiviral drug. "I would not prescribe it. You could lose your life. It’s unproven," said American Medical Association president Patrice Harris on CNN last Sunday.

Other doctors are worried that people who need the drug for its proven uses, like lupus, will lose access to the drug and suffer as it is repurposed for testing in COVID-19 patients. Already, there are reports of patients being denied their prescriptions for this medication.