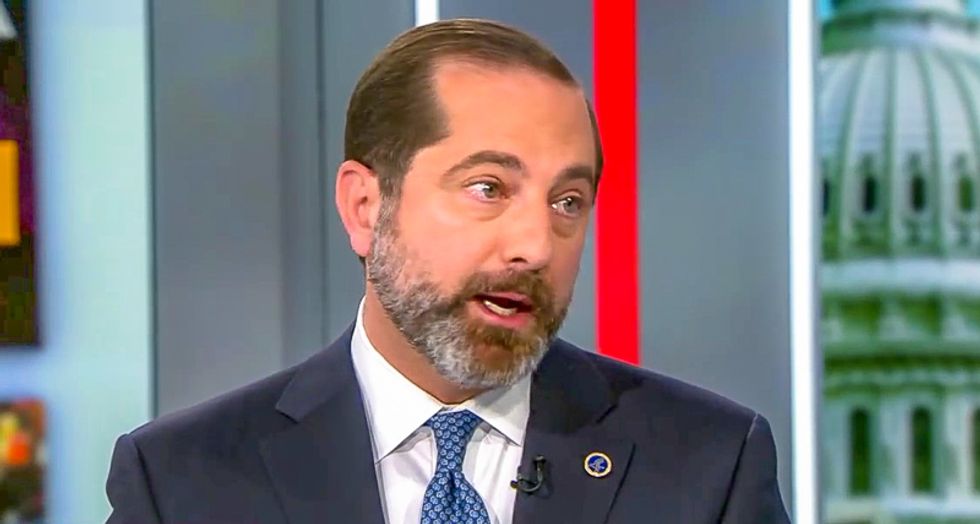 A new report from the Wall Street Journal documents how Health and Human Services Secretary Alex Azar delivered overly rosy assessments of the United States' preparedness for the COVID-19 pandemic earlier this year.

According to WSJ, Azar told Trump on January 29th that the virus was "under control" and then boasted that "the U.S. government had never mounted a better interagency response to a crisis" and that it also created a test kit for the virus in the "fastest" time ever.

It would later turn out, of course, that the virus was not under control and that testing kits developed by the Centers for Disease Control were defective, which set the U.S. weeks behind other countries in tracking the virus's spread.

When Azar's testing promise fell apart, he reportedly lashed out at CDC Director Dr. Robert Redfield, and yelled "Did you lie to me?" at him, according to one source.

"Interviews with more than two dozen administration officials and others involved in the government’s coronavirus effort show that Mr. Azar waited for weeks to brief the president on the threat, oversold his agency’s progress in the early days and didn’t coordinate effectively across the health-care divisions under his purview," the Journal reports.