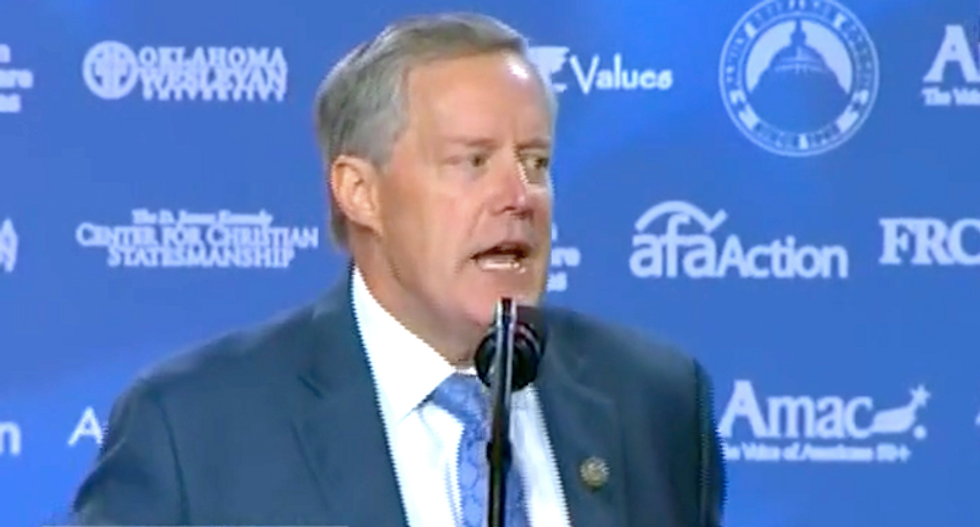 Mark Meadows has been President Trump's fourth White House Chief of Staff for less than three weeks, and according to a new report from Maggie Haberman in the New York Times, he's having a rough time.

According to administration officials speaking to the Times, Meadows has been 'overwhelmed at times by a permanent culture at the White House that revolves around the president’s moods." According to Haberman, "no matter who serves as chief of staff, the lack of formal processes and the constant infighting are unavoidable facts of life for those working for Mr. Trump."

His new job is so overwhelming that Meadows has reportedly cried while meeting with White House staff on at least two occasions.

"On both occasions, Mr. Meadows was discussing staffing changes, according to the people briefed on the events," Haberman writes. "A White House spokesman declined to comment on either meeting. A person close to Mr. Kushner said he denied that any such episode involving him ever took place."