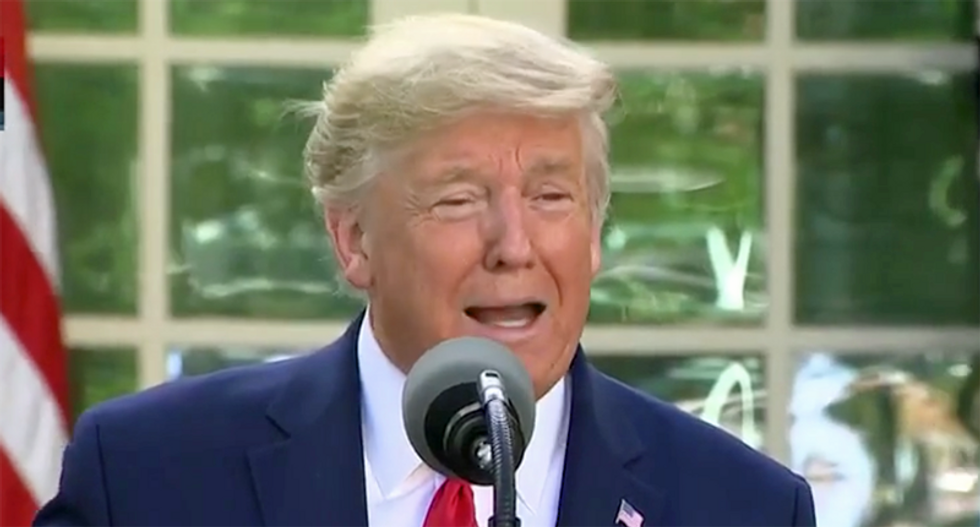 According to Politico, President Donald Trump's decision not to reopen the Affordable Care Act's health insurance exchanges, and to instead pay hospitals to treat uninsured coronavirus patients, blindsided not just insurance companies, but his own health officials — and left everyone scrambling to implement his orders.

"The rollout of the new hospital pay program capped a frenetic several days within the administration, prompted by a White House official’s confirmation Tuesday that there would be no reopening of the Obamacare markets," wrote Adam Cancryn, Nancy Cook, and Susannah Luthi. "That declaration surprised even some officials in the Health and Human Services Department, who believed the concept was still under consideration. And amid a crush of criticism from Democrats led by 2020 front runner Joe Biden, it worried officials who viewed the verdict as an unforced error in the middle of a historic pandemic."

Trump's plan would effectively send more money to Republican-controlled states that have higher uninsured populations and have not expanded Medicaid. It also allows the administration to "sidestep an awkward reckoning with the Affordable Care Act that he’s long vowed to kill."

But it was a shock to many in the administration, who had actually gone so far as to tell insurance companies that a special enrollment period for the Obamacare markeplaces was in the works.

"The move made sense to many in both the industry and Trump’s own administration, because Americans who lose their health insurance as a result of losing their job are already eligible to sign up for Obamacare outside of the traditional month-long enrollment period," stated the report. "With the coronavirus pandemic straining hospitals and the administration’s projections growing increasingly dire, health officials began signaling to insurers that it was preparing to give the broader pool of uninsured Americans a fresh shot at getting coverage, three people with knowledge of the discussions said."