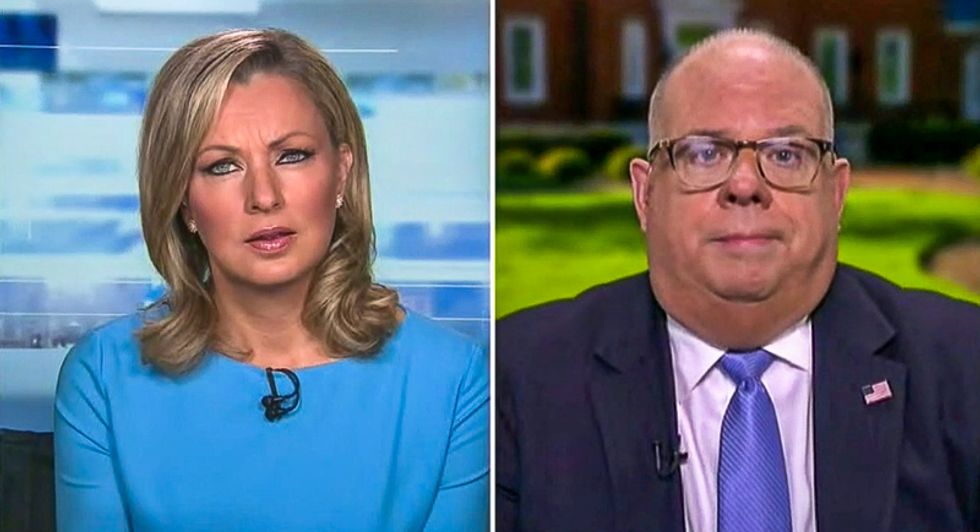 Maryland Gov. Larry Hogan (R) on Tuesday said that President Donald Trump recently attacked him because he "got confused" during a press briefing.

During an interview with Hogan on Fox News, host Sandra Smith noted that Trump had lashed out at Hogan at Monday's White House coronavirus task force briefing. The president's attack came just a day after the governor complained about the federal government's failure to ramp up COVID-19 testing.

Hogan said he was "really not sure" what the president was talking about.

"It was a great call we had yesterday with the vice president," Hogan said. "I thanked and praised the vice president and the president's team for all the progress that they had been making. I thanked them for what they were doing with respect to swabs and ramping up testing and PPE. It was a completely positive call."

The governor explained that the White House provided him with at list of testing labs in his state.

"We already knew where the state labs were," Hogan said. "But the list that they gave us was mostly federal labs, which we've been attempting to use for more than a month now. We got a commitment from the vice president that we can now use federal labs, which is terrific."

"But the president was not on the call and somehow, I think, he got confused in the press conference," the governor added. "I'm really not sure what he was upset about. We did what he told us to do, which was go out and get our testing and we had a great call."