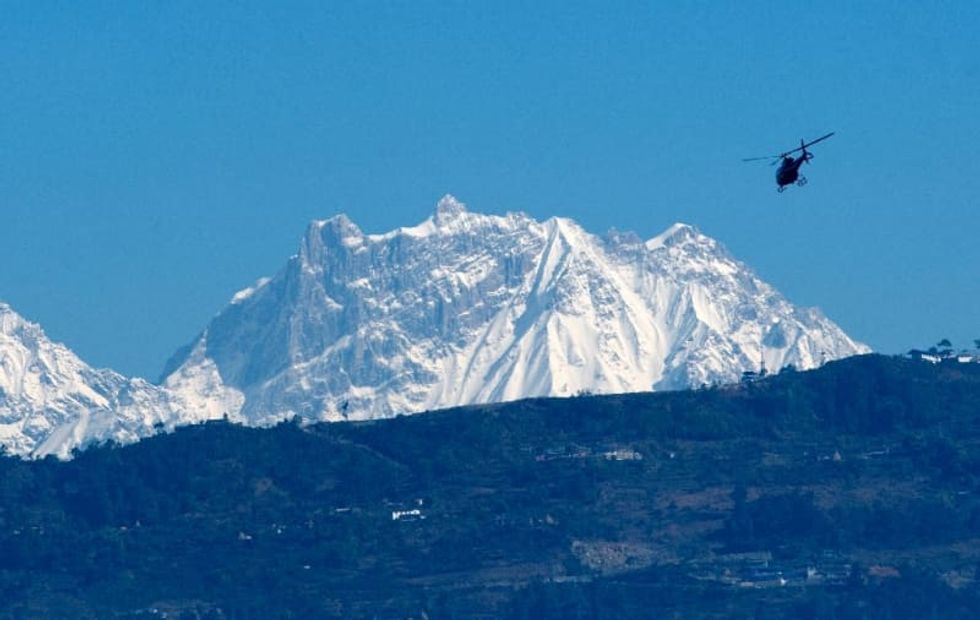 Kathmandu (AFP) - Two bodies believed to be of South Koreans missing after being hit by a Himalayan avalanche in January have been found, officials said Sunday, a day after discovering the corpse of their Nepali guide.A wall of snow hit a trekking trail at about 3,230 metres (10,600 feet) near the Annapurna base camp in Nepal on January 17, burying four South Koreans and three locals.Avalanches and more snowfall since then made it too dangerous to launch a proper hunt. Police returned to the area Friday after thawing snow revealed a bag. "A team of rescuers in an army helicopter is trying to b...

For the last several weeks, Democratic Pennsylvania Senate hopeful John Fetterman has been attacking Republican rival Mehmet Oz for being a wealthy carpetbagger who barely spends any time in the state he wants to represent.

On Thursday, Fetterman claimed that Oz released a video criticizing Philadelphia mayor Jim Kenney from a house that had previously been profiled two years ago by People Magazine as "the New Jersey mansion Dr. Oz and his wife built from scratch 20 years ago."

James Caan, the US actor best known for playing Sonny Corleone in "The Godfather," has died aged 82, his manager said Thursday.

Caan, who also had roles in "Misery," "Thief" and "Rollerball," received an Oscar nomination for his tragic portrayal of a mafia family's eldest son in Francis Ford Coppola's 1972 classic "The Godfather."

In less than 24 hours since the New York Times revealed suspicious IRS audits of former FBI Director James Comey and his deputy Andrew McCabe, the inspector general has announced an investigation, CNBC reported.

The New York Times revealed Wednesday that the worst and most intense audits that the IRS can conduct were done on two men who became foes of former President Donald Trump. The Times did an additional analysis on Thursday working through the statistics of the chances of these kinds of audits. The IRS hasn't been doing many audits over the past several years as funding has been drastically cut for the government branch responsible for ensuring revenue is coming in to support the United States.