US oil prices crash to negative territory amid devastating glut 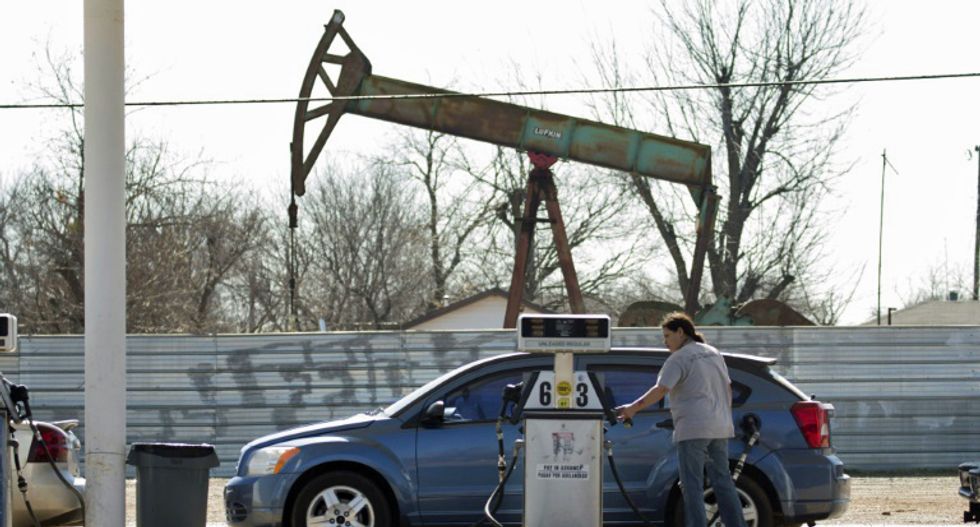 US oil prices crashed to unprecedented lows Monday as futures in New York ended in negative territory for the first time amid a devastating supply glut that has forced traders to pay others to take the commodity.

With space to store oil scarce, US benchmark West Texas Intermediate for May delivery ended trading at -$37.63 a barrel ahead of Tuesday's close for futures contracts -- when traders who buy and sell the commodity for profit would have had to take physical possession of it.

"It's a contract for something that nobody wants to buy," said Matt Smith of ClipperData.

The remarkable decline comes as the petroleum industry emerges as one of the corners of the global economy made most vulnerable by government shutdowns to limit the spread of coronavirus.

The commodity has been further weakened by a battle for market share that raged much of the spring between Saudi Arabia and Russia.

A deal announced last week between OPEC and its peers to cut production by about 10 million barrels per-day from May appears not to have been enough, while the closely-monitored storage capacity at Cushing, Oklahoma was almost full as of Monday morning.

"It's a dump at all cost as no one... wants delivery of oil, with Cushing storage facilities filling by the minute," AxiCorp's Stephen Innes said.

"It hasn't taken long for the market to recognize that the OPEC+ deal will not, in its present form, be enough to balance oil markets."

US oil futures for delivery in May also fell sharply, by 18 percent, but finished at $20.43 per barrel.

"This moment is of course historical and could not better illustrate the price-utopia that the market has been in since March, when the full scale of the oversupply problem started to become evident but the market remained oblivious," said Rystad Energy's Oil Markets Analyst Louise Dickson.

"Since then traders have sent prices up and down on speculation, hopes, tweets and wishful thinking. But now reality is sinking in."

The cratering of the oil market prompted more selling on Wall Street, where all three indices were decisively negative in the final hour of trading.

Most European markets ended the day higher as governments start to consider how and when to ease the lockdowns that have crippled the global economy.