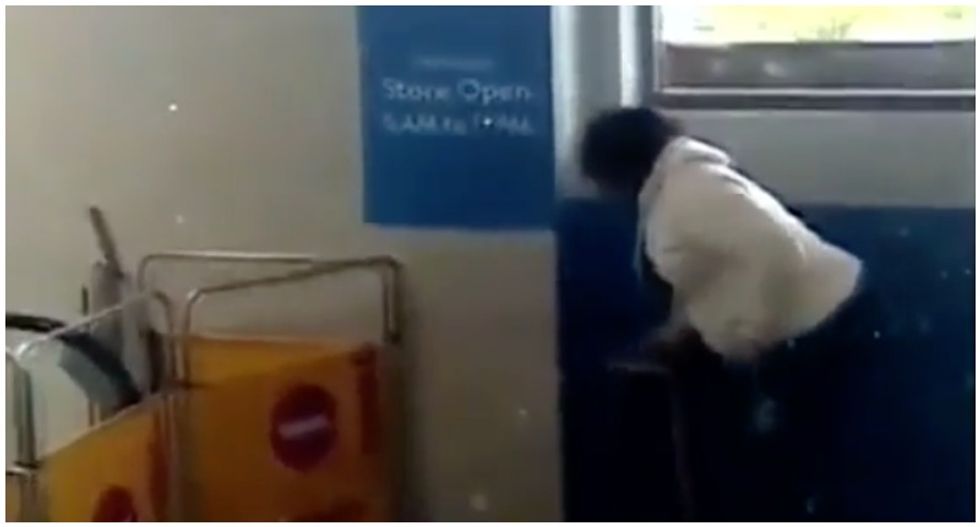 A customer at a D.C. Walmart looking to enforce social distancing pulled out her pepper spray and sprayed a fellow shopper after an elevator got too crowded, and the incident was caught on video.

According to a report from WHSV, shoppers at the D.C. location were trying to board an elevator when a woman who wasn't wearing a face mask tried to close the doors. When another woman tried to force her way through, the unmasked woman pulled out pepper spray and sprayed the encroaching woman in the face.

Security held the woman accused of using the pepper spray until police arrived. She was not arrested or charged. The report says officers confiscated Sabre pepper spray.

Watch a report on the story below from Up North Live: