WATCH: Colorado's first Jewish governor gets emotional as he blasts Republican for comparing his stay-at-home order to Nazism 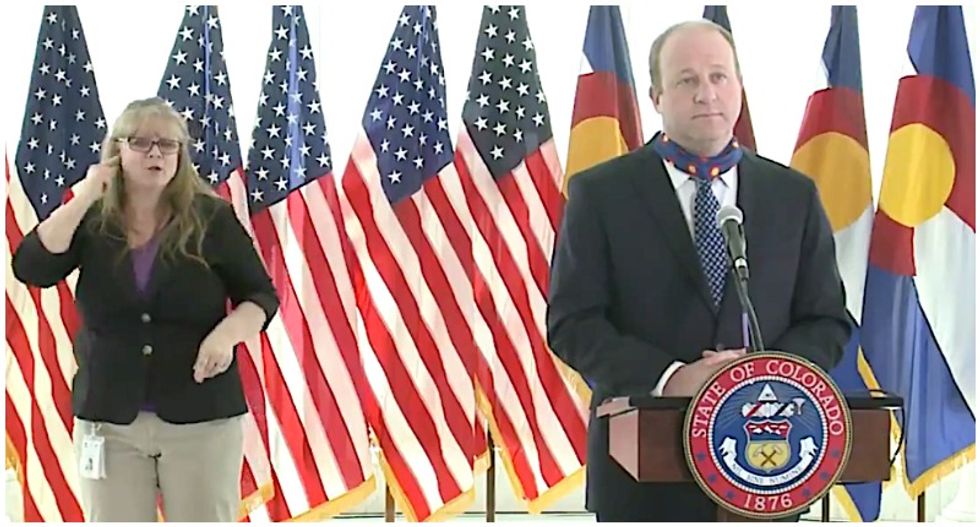 While responding to comments made by Colorado House Minority Leader Patrick Neville where he compared the state's stay-at-home orders to law enacted by Nazi Germany, Gov. Jared Polis, who is Colorado's first Jewish governor, grew emotional and expressed how the remarks personally offended him.

“As a Jewish American who lost family in the Holocaust, I’m offended by any comparison to Nazism. We act to save lives — the exact opposite of the slaughter of 6 million Jews and many gypsies and Catholics and gays and lesbians and Russians and so many others,” he said.

On March 25, the same day Polis issued an executive stay-at-home order, Neville appeared on a radio program and said that such an order reflects a “Gestapo-like mentality.”

While not offering a full apology, Neville said that he "should have said 'authoritarian,' not 'Gestapo.'

“And I think authoritarian is still accurate,” he added.

Watch Polis make his remarks in the video below:

Gov. Polis responds to accusations that his stay-at-home order is akin to Nazism: "As a Jewish-American who lost fa… https://t.co/oUsgYUX1pb
— The Denver Post (@The Denver Post) 1586989176.0