Trump rambles about ‘genius’ coronavirus during long-winded briefing: ‘The germ has gotten so brilliant’ 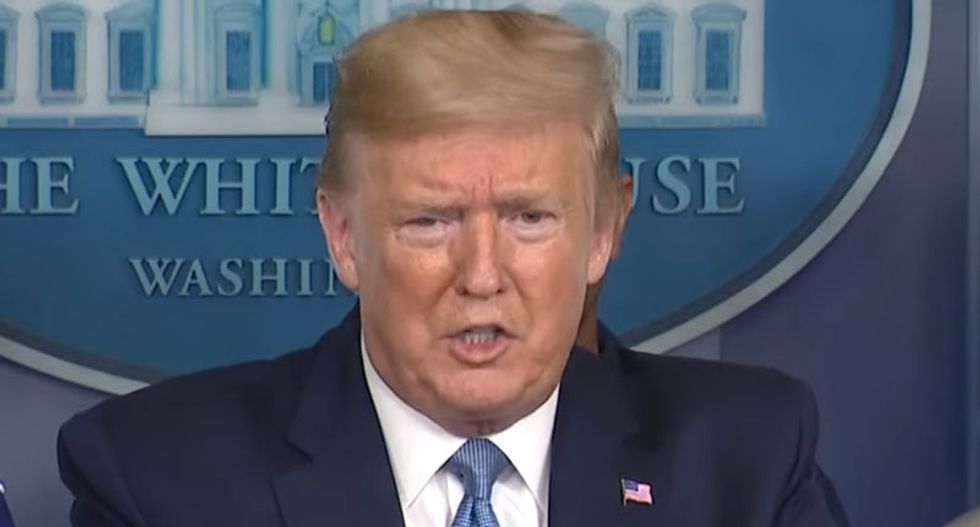 The leader of the free world rambled about his "brilliant enemy" during a coronavirus briefing that lasted two hours and sixteen minutes.

Allies of the White House had been quoted in the press urging President Donald Trump to keep his remarks short, but that advice has apparently been ignored.

"When critics (and allies) make suggestions to him and they become public - such as the briefings ought to be shorter - POTUS often prefers to do the opposite. We're well past 90 minutes on this briefing," New York Times White House correspondent Maggie Haberman noted on Twitter as the briefing wore on.

"They develop drugs, like the antibiotics, you see it -- antibiotics used to solve every problem," Trump claimed.

"No, one of the biggest problems the world has is the germ has gotten so brilliant that the antibiotic can't keep up with it, they're constantly trying to come up with -- a new. People go to a hospital and they catch -- they go for a heart operation, that's no problem, and they end up dying from problems," Trump says. "You know the problems I'm talking about."

"There's a whole genius to it," he explained.