WATCH: Video shows pack of police forcibly remove man from a city bus -- for not wearing a mask 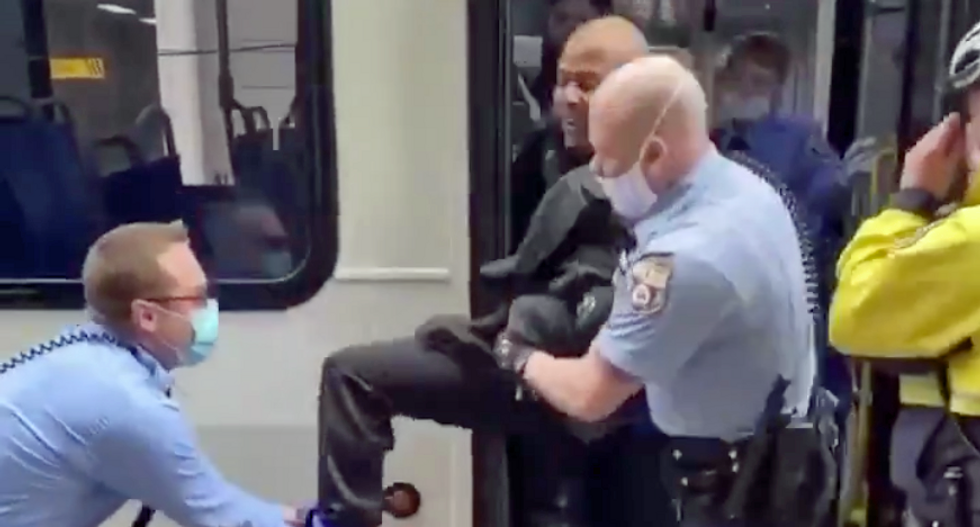 SEPTA rider being carried off a bus by police (screengrab)

Shocking video from Philadelphia shows multiple police officers forcibly removing a man from a city bus -- reportedly for not wearing a mask.

"A video that went viral Friday shows what appeared to be four police officers, backed by about six more, forcibly pulling a man not wearing a face covering off of a SEPTA bus. After the uniformed and masked Philadelphia Police Department officers lift the adult man off the bus and engage in a brief confrontation, he walks away. No arrest. No ticket," WHYY-TV reports.

"The video —which was removed from online postings on Friday afternoon – appears to exemplify SEPTA’s new police-enforced mandate that riders wear face coverings or be prepared to get off transit," the station explained.

During the struggle, the man's cell phone hit the sidewalk. It was then thrown back on the sidewalk after police released the man.