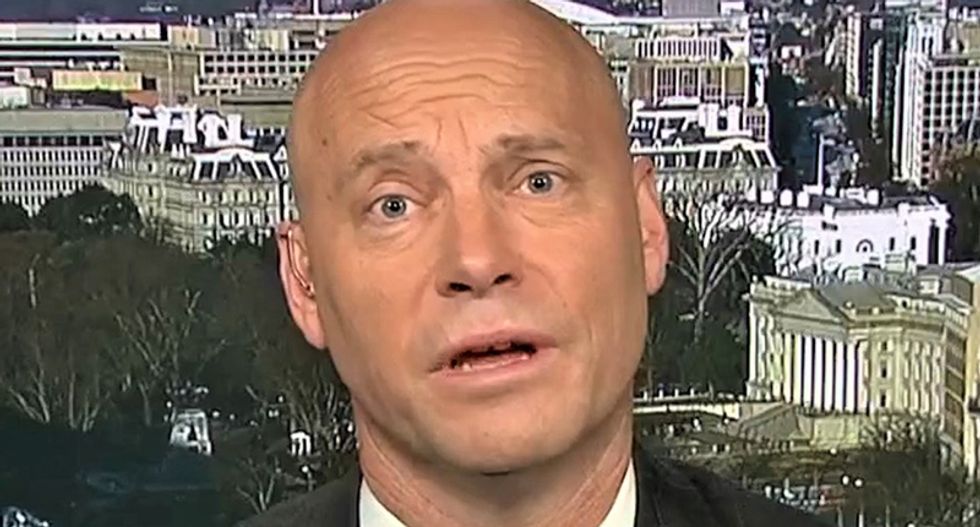 As Vice President Mike Pence’s chief of staff, Marc Short — according to analysis by the government watchdog group Citizens for Responsibility and Ethics in Washington (CREW) — appears to be playing a prominent role in the federal government’s response to the coronavirus pandemic. And CREW reports that Short might be doing so “while holding significant conflicting financial interests.”

In an article posted on CREW’s website on Thursday, Walter Shaub, former director of the U.S. Office of Government Ethics), and researcher Meredith Lerner explain: “The financial disclosure report [Short] filed when he entered government in March 2019 shows he may own stocks in companies directly affected by the pandemic response that the vice president’s office is leading. The companies whose stocks he listed in his disclosure include manufacturers of drugs, medical tests, medical devices, medical instruments, personal protective equipment, cleaning supplies, antiseptics, airplanes and airplane parts. They also include a major consumer goods retailer, the parent company of Google, and for-profit managed healthcare companies.”

Whether or not Short has “divested,” Shaub and Lerner add, “leaves the public having to question whether the vice president’s office is focused on the best interests of all Americans or on the private interests of its chief of staff. At a time when the effectiveness of government is a matter of life and death, the fact that we even have to wonder is a problem.”

Shaub and Lerner go on to say that although the “precise nature of Short’s role in the pandemic response is not entirely clear,” there is “ample evidence of his participation in it…. On February  4, 2020, Short personally spoke to reporters about the administration’s coronavirus response. The vice president has also said he participated in a February 6, 2020 meeting with the Centers for Disease Control regarding the coronavirus, and he assumed leadership of the coronavirus task force on February 26, 2020.

Shaub and Lerner also point out that “Short’s role has not been limited to arranging these meetings. In one press briefing, he spoke with reporters about logistical arrangements for distributing supplies, including personal protective equipment for medical professionals. He also appears to have been involved in economic aspects of the government’s response. The Washington Post reported that he has been actively pushing President Trump ‘to reopen the economy.’”