‘We don't hide anything’: WHO chief defends organization's handling of Covid-19 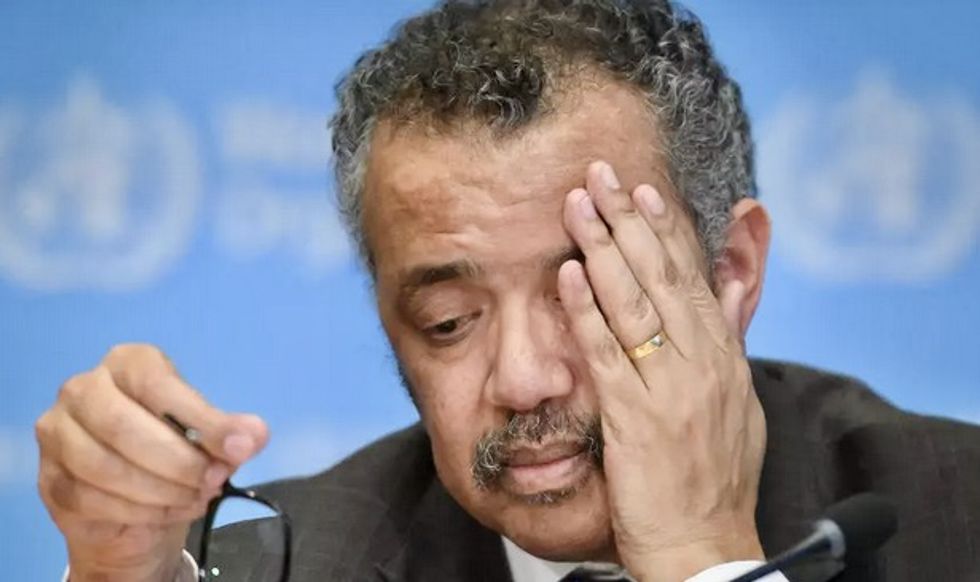 The World Health Organization insisted Monday that it sounded the alarm on the novel coronavirus right from the very start and had hidden nothing from Washington about the deadly pandemic.

WHO chief Tedros Adhanom Ghebreyesus said there were no secrets at the UN agency after being blasted by the United States for allegedly downplaying the initial COVID-19 outbreak in China.

"We have been warning from day one that this is a devil that everyone should fight," Tedros told a virtual briefing in Geneva.

The virus, which emerged late last year in the Chinese city of Wuhan, has so far infected more than 2.4 million people globally and killed more than 165,000, according to an AFP tally.

The United States has by far the highest death toll of any country, at more than 40,000 fatalities, and President Donald Trump has faced criticsm over his handling of the pandemic.

Washington is the biggest contributor to the WHO but Trump is freezing funding, alleging that the organisation mismanaged and covered up the spread the virus.

Tedros said the presence of embedded US government secondees working at the WHO headquarters in Geneva meant there was nothing being concealed from Washington.

The WHO said there were 15 staff from the Centers for Disease Control and Prevention (CDC), the US health protection agency, detailed specifically to work with the organisation on its COVID-19 response.

"Having CDC staff means there is nothing hidden from the US, from day one. Because these are Americans working with us. It just comes naturally and they tell what they are doing," said Tedros.

"WHO is open. We don't hide anything. Not only for CDC, them sending messages, or others – we want all countries to get the same message immediately because that helps countries to prepare well and to prepare quickly."

The US State Department has said the WHO was too late in sounding the alarm over COVID-19 and is overly deferential to China.

It questioned why it did not pursue a lead from Taiwan flagged up on December 31 about reports of atypical pneumonia in Wuhan.

Debate has raged over the significance of Taiwan's email, which informed the WHO of the reports from Wuhan, and of at least seven patients being isolated – something that would not be necessary for a non-infectious disease.

The United States said Thursday it was "deeply disturbed that Taiwan's information was withheld from the global health community, as reflected in the WHO's January 14, 2020 statement that there was no indication of human-to-human transmission".

But Tedros insisted that the WHO was already aware of reports emanating from Wuhan – and said Taiwan's email was only seeking further information.

"One thing that has to be clear is the first email was not from Taiwan. Many other countries were already asking for clarification. The first report came from Wuhan," said Tedros.

WHO emergencies director Michael Ryan said the email made no reference to anything beyond what had already been reported in news media.

Ryan said that the WHO tweeted the existence of the event in Wuhan on January 4, and on January 5 provided "detailed information on the epidemic" which all countries could access.

Tedros also urged leaders not to exploit the pandemic for their own political capital.

"Don't use this virus as an opportunity to fight against each other or score political points," he said.

"It's like playing with fire. It's the political problem that may fuel further this pandemic."