'Well boo-hoo': MSNBC's Nicolle Wallace has no sympathy for Trump feeling cooped up during COVID-19 shutdown 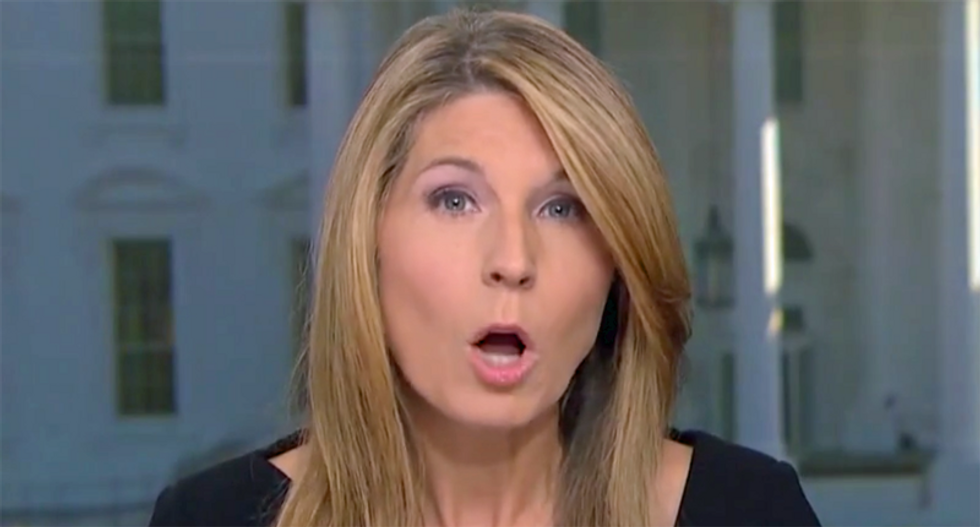 MSNBC's Nicolle Wallace has been under home quarantine for at least a month as the network sent many hosts and staff to work from home. Wallace, who has a young child at home, had little sympathy for President Donald Trump who is going stir-crazy over the shutdowns.

During a report about Vice President Mike Pence finally wearing a mask in public, Wallace said that it never ceases to amaze her that every action the White House seems to take is driven by press coverage. After being shredded in the media for not wearing a mask at the Mayo Clinic, Pence finally put on a mask for his visit to a General Motors plant in his home state.

The "package" is the cadre of security, aides, press and others who go with the president on trips outside the White House. An OTR visit would be an "off the record" visit like the trips often taken to visit the troops in Iraq and Afghanistan.

"The package is thousands of people," the former White House communications adviser said. "It involves drivers of motorcades, cooks, chefs, people on an airplane, people on helicopters, people on a back-up airplane and back-up helicopter and back-up motorcade. It involves the entire press corps and everybody that moves all those people. Phil Rucker's reporting suggests that they're doing it because the president feels cooped up. Well, boo-hoo. So does my 8-year-old and I'm not planning on going rogue and taking him across the country."

She went on to say that her conversation with presidential historian Michael Beschloss on Wednesday haunted her because the president is "ill-equipped for making any personal sacrifices and that's why he may struggle to lead this country back."

She noted that all Americans have to make sacrifices to keep the country safe.

"It's a giant open question whether or not Donald Trump is wired to lead us in that mission," she said.