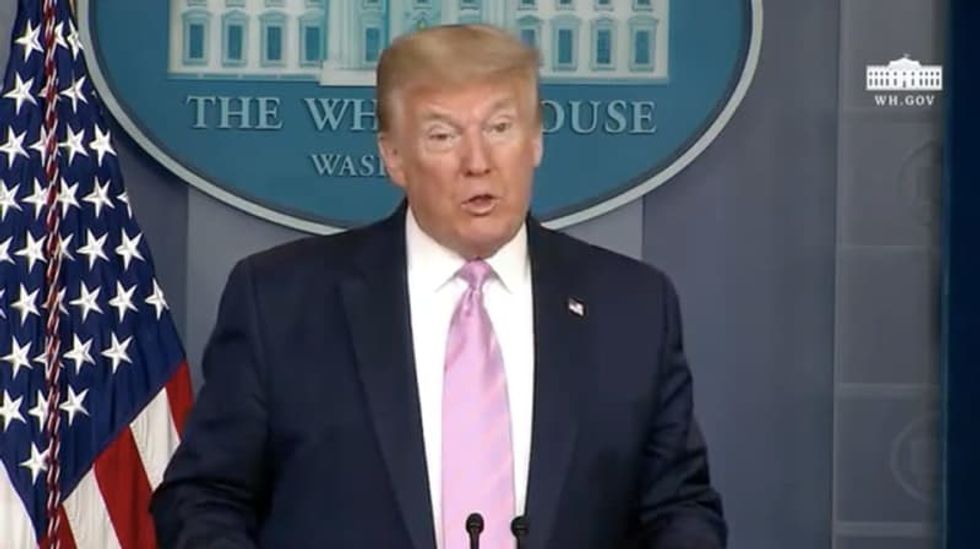 On Monday, at the latest White House coronavirus press briefing, President Donald Trump tried to bury criticism of his response to COVID-19 by playing a several-minute-long campaign-style video montage showing a number of clips of people praising the federal government for giving medical supplies. The video appeared to have been copied from a montage used on Sean Hannity's show.

"It's very sad when people write false stories," Trump said after the video finished. "We have hundreds of statements, including from Democrats and Democrat [sic] governors."

Commenters on social media were shocked by the stunt. Many criticized the major cable networks for not cutting away when the video began playing.

WH just played what appeared to be a campaign video defending Trump. In the briefing room. Just like a rally
— Jim Acosta (@Jim Acosta)1586815824.0

Finally someone sobers up and stops the propaganda Trump defense video -- but only after they aired most of it. Th… https://t.co/Wi3J6UzO3Z
— HawaiiDelilah™ (@HawaiiDelilah™)1586815799.0