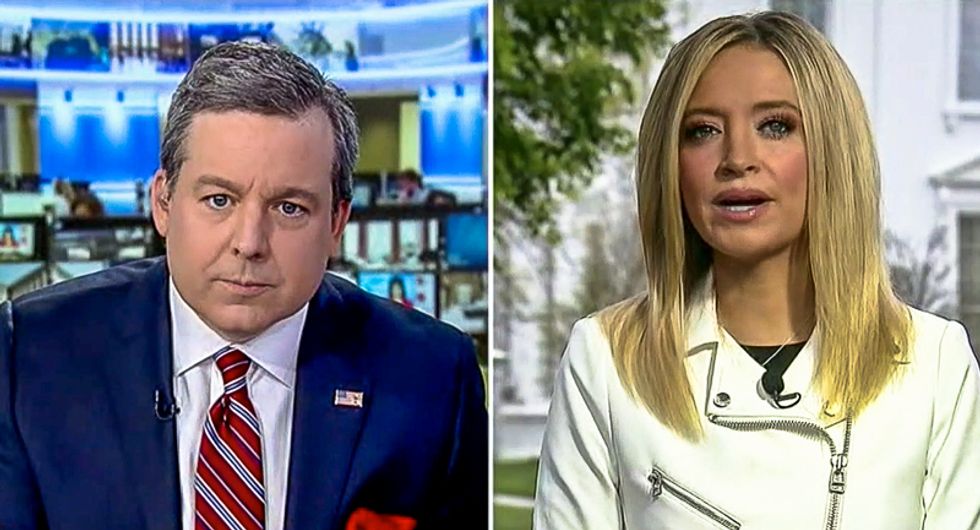 White House Press Secretary Kayleigh McEnany on Monday insisted that President Donald Trump has not "cut back" on his coronavirus task force briefings even though he is not expected to hold one for the third day in a row.

The Associated Press reported this week that White House aides are pushing the president to curtail the task force briefings and instead focus on the economy.

"He seems to be pulling back," Fox News host Ed Henry told McEnany. "Are you finally acknowledging that maybe the briefings were a mistake?"

"No, the briefings were a great opportunity for the president to speak directly to the American people," McEnany replied. "That's why millions and millions tune in to the president's briefings to watch what he has to say. They recognize leadership."

"Today, we're not tracking a briefing," she revealed. "There will be a press avail later this afternoon with CEOs that the president is meeting with. There will be briefings throughout other portions of the week. But these briefings are excellent."

Fox News co-host Sandra Smith pressed: "Is there an effort to cut back on these briefings?"

"Absolutely not an effort to cut back," the press secretary remarked, "but an effort to showcase the American people, the great entrepreneurship of this president."