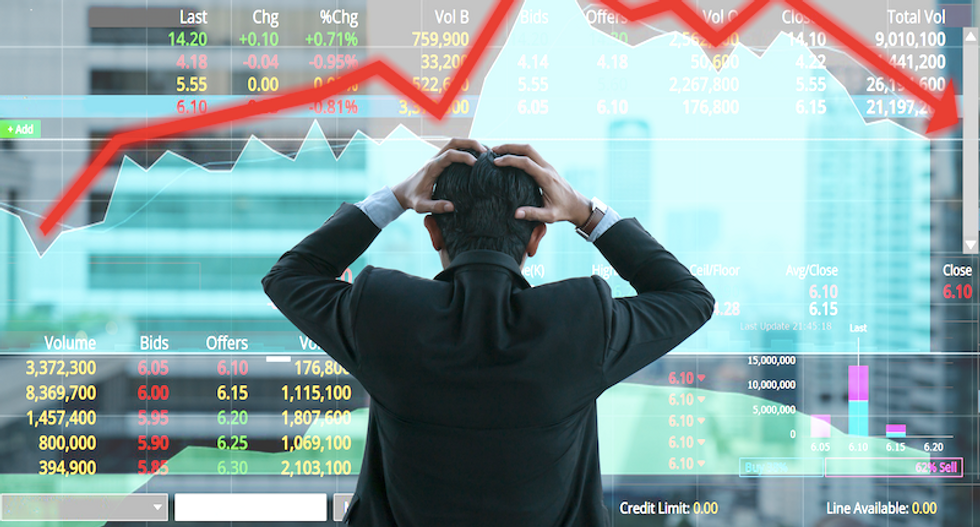 The coronavirus pandemic initially brought week after week of devastating drops in the stock market. But in recent days and weeks, Politico reporters Ben White and Renuka Rasayam noted, stock prices have been improving dramatically — even though the health and economic crisis on the ground seems far from over. They called this development “very strange.”

“In the face of some of the worst economic numbers in American history,” White and Rasayam explain, “cratering energy prices and a freshly dysfunctional Congress, investors are sending stock prices higher. To many, this may seem insane. And it quite possibly is insane.”

But the journalists go on to explain what they believe is happening.

“There are several reasons Wall Street is defying the terrible economic news,” White and Rasayam assert. “One is bullish talk from the Trump administration about getting the economy running again in May. Another is a general belief that the efforts by Congress to flood the economy with cash will help ensure that, once the doors finally open again, there will be a massive surge in rehiring and a rapid snapback in economic growth.”

White and Rasayam add that the Federal Reserve plays an important role in the impressive stock market activity they are observing. Investors seemed to react joyfully to the Fed’s announcement that it “would pump more than $2 trillion in loans to businesses of all sizes, as well as buy up the bonds of troubled city and state governments along with riskier corporate debt,” the Politico reporters wrote.

But a lot of uncertainty remains. They detailed why much worse could be yet to come, and investors’ optimism could be sorely mistaken:

Anthony Fauci, director of the U.S. National Institute of Allergy and Infectious Diseases, told NBC today that the Covid-19 death toll could look more like 60,000 than previous estimates of 100,000 to 200,000. But reaching that lower figure depends largely on maintaining stringent stay-at-home social distancing practices through the end of May at least. And that could conflict with Trump’s strong desire to lift restrictions in as many places as possible as soon as possible to goose the economy and his reelection campaign.

Various task forces are springing up inside the White House to execute on the president’s desires. But if the economy reopens too soon, the virus could rampage once again and markets could crash once more.