Wolf Blitzer spars with Pence: 'It would have been good if the president wasn't belittling the pandemic' 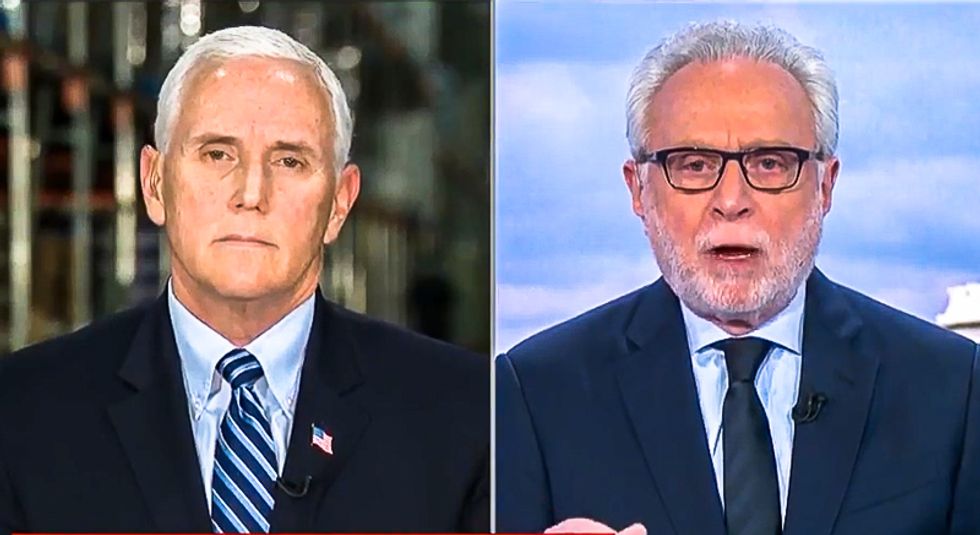 Vice President Mike Pence on Wednesday was forced to defend the words of his boss, President Donald Trump, who was accused of "belittling" the novel coronavirus.

In an interview on CNN, host Wolf Blitzer noted that Trump has changed his tune about COVID-19 in recent weeks.

"But now we're being told, under the best scenario, a hundred thousand Americans over the next few weeks and months could die," the CNN host continued. "What happened? Why was the U.S. so late in understanding the enormity of this coronavirus?"

Pence deflected blame to the CDC, which he said rated the virus as a "very low" risk to Americans.

"I'll just point out," Blitzer said. "It would have been good if the president wouldn't have been belittling the enormity of this crisis, the coronavirus pandemic, as he was."

Pence objected: "Well, Wolf, respectfully, I'd take issue with two things that you just said. I don't believe the president has ever belittled the threat of the coronavirus."

"Let me just interrupt, respectfully, Mr. Vice President," Blitzer remarked. "What I'm suggesting that he was saying at one point, it wasn't as bad as the regular flu and he was talking about automobile accidents. He seemed to be suggesting at one point there were 15 cases, it would get down to zero very quickly. That was what I was basing that sentence on. "

"Well, the president is an optimistic person," Pence insisted.