Woman blames meatpacking plant for husband's coronavirus death: 'I lost him because of that horrible place' 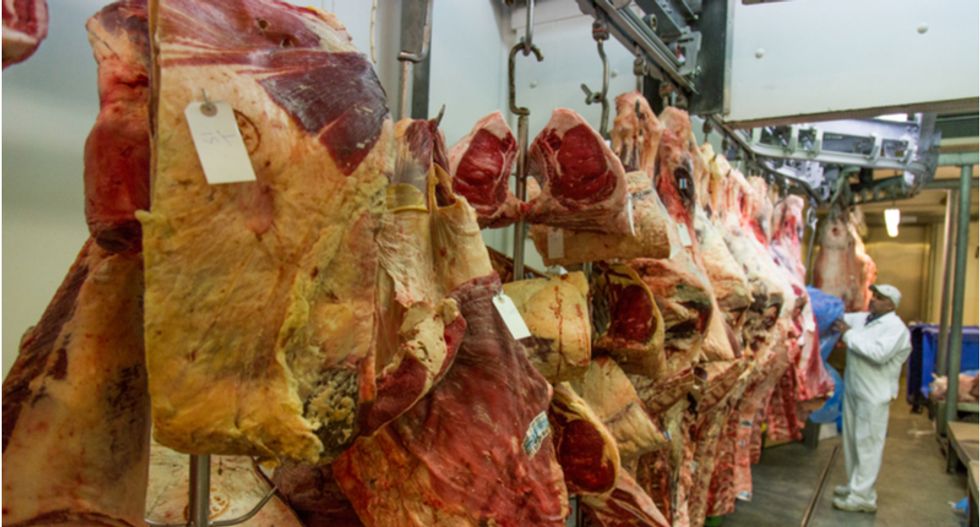 After working at Smithfield Foods for nearly two decades, 64-year-old Augustín Rodriguez of Sioux Falls, South Dakota, began feeling coronavirus symptoms but continued to show up to work anyway. He only called in sick when he began to feel a sharp pain in his side, and then was hospitalized on April 4, the Argus Leader reports.

On April 9, he tested positive for coronavirus. That Tuesday morning, he was dead.

Augustín is presumed to be the first death connected to a coronavirus-19 outbreak at Smithfield Foods meatpacking plant in Sioux Falls. There are 644 cases tied to the facility, making it one of the nation's biggest hot spots in regards to the virus. His wife, Angelita, says Smithfield is to blame for her husband's death.

"I lost him because of that horrible place," Angelita, 73, told the Argus Leader. "Those horrible people and their supervisors, they're sitting in their homes, and they're happy with their families."

After the first case of coronavirus was reported at the facility on March 22, the company said it would run business as usual while offering hand sanitizer to workers and conducting regular cleanings.The company also offered a $500 "responsibility bonus" to workers who came to work every workday in April. But soon after, cases at the facility went through the roof and it was shut down on April 12 -- just two days before Augustín died.

"I'm left without my husband. What am I going to do?" Angelita said.

Read the full report over at the Argus Leader.