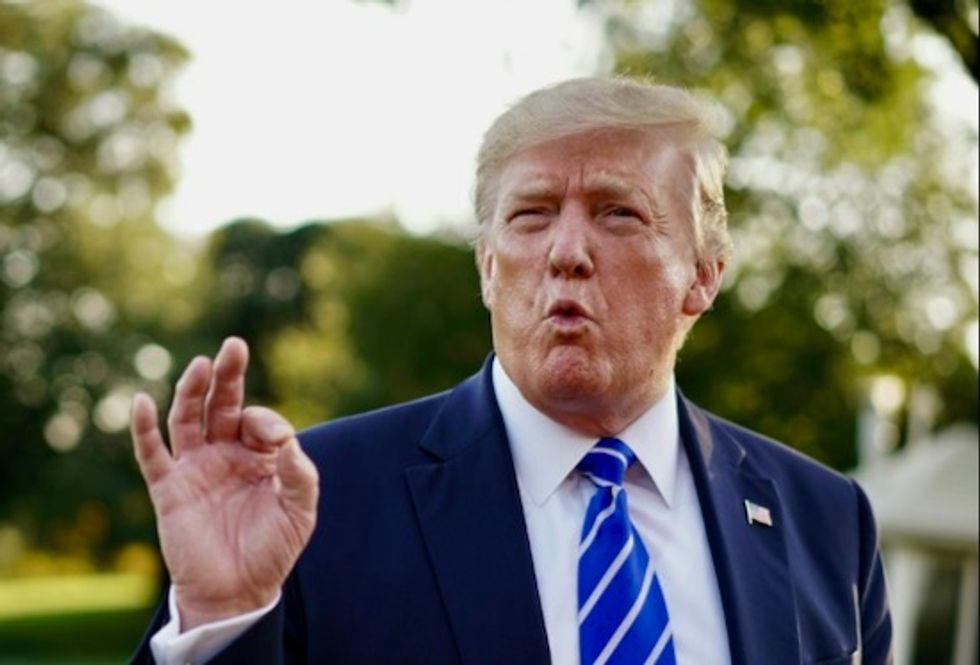 President Donald Trump offended billions of the world's Christians this morning, wishing them, "HAPPY GOOD FRIDAY TO ALL!"

As many know, Good Friday is a solemn day Christians observe, but not celebrate: it is believed to be the day of the crucifixion and death of Jesus Christ.

For many Christian sects, it is a day of fasting and, in non-pandemic times, a day spent in church.

On social media responses ranged from mockery to outrage.

@realDonaldTrump This is a solemn day for Christians. It's not called Happy Friday. Like not knowing what the sig… https://t.co/B0v94rZMYm
— Joe Lockhart (@Joe Lockhart)1586532305.0

@realDonaldTrump Uhm if you ever walked into an actual church, you’d know today is one of the most somber days in t… https://t.co/ZRr4P2zccb
— jimmy williams (@jimmy williams)1586530063.0

@realDonaldTrump You do know that Good Friday IS NOT a happy day. Its the day Christ was crucified. Further proof you are the anti-Christ
— Back2Stonewall.com (@Back2Stonewall.com)1586531257.0