'You just proved their point': Trump attacks editorial claiming he only cares about ratings - by bragging about ratings 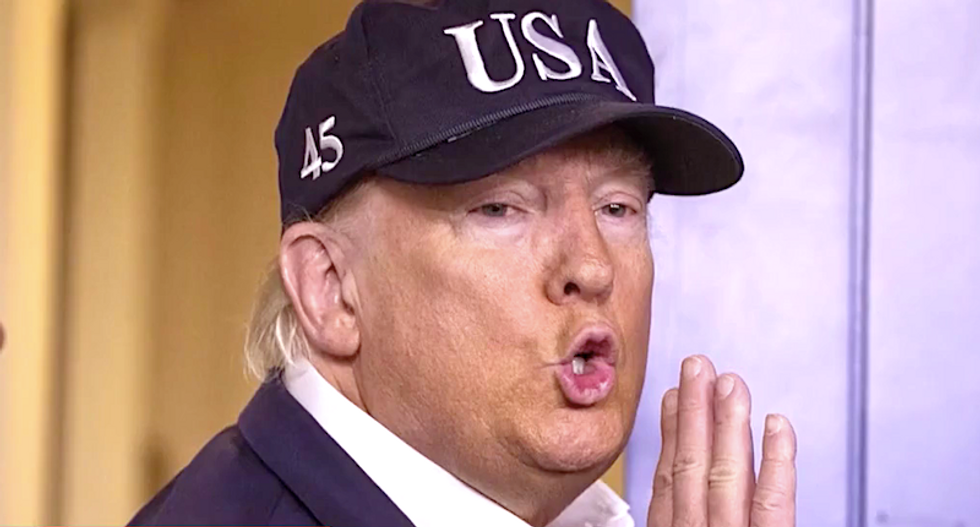 President Donald Trump attacked a Wall Street Journal editorial Thursday saying that the daily briefings with the president are a complete waste of time.

"A friend of ours who voted for President Trump sent us a note recently saying that she had stopped watching the daily White House briefings of the coronavirus task force. Why? Because they have become less about defeating the virus and more about the many feuds of Donald J. Trump," the Journal wrote Thursday.

"The briefings began as a good idea to educate the public about the dangers of the virus, how Americans should change their behavior, and what the government is doing to combat it," the editorial continued. "They showed seriousness of purpose, action to mobilize public and private resources, and a sense of optimism. Mr. Trump benefitted in the polls not because he was the center of attention but because he showed he had put together a team of experts working to overcome a national health crisis."

The president responded to it by attacking the Journal and noted that they clearly failed to mention how high his ratings are.

"The Wall Street Journal always 'forgets' to mention that the ratings for the White House Press Briefings are 'through the roof' (Monday Night Football, Bachelor Finale, according to @nytimes) & is only way for me to escape the Fake News & get my views across. WSJ is Fake News!" Trump tweeted.

Among the typical run-of-the-mill responses telling the president to resign and calling him a fool were those who noted that the president basically just proved the Journal's point. Others pressured Trump to have the reverence to understand that while he is focusing on ratings, people are dying.

See some of the tweets below:

“I’m getting good rstings therefore it’s praiseworthy” is in fact confirmation of what the WSJ wrote about how potu… https://t.co/D62v8a16F3
— Maggie Haberman (@Maggie Haberman) 1586462197.0

@realDonaldTrump @nytimes "WSJ is Fake News" because they didn't credit your coronavirus rally briefings for having… https://t.co/3PEmoZAOnZ
— Chidi®️ (@Chidi®️) 1586462033.0

Trump's response to the scathing @WSJ editorial shows how right the editorial is. Trump touts his "through the roof… https://t.co/h5zKl8WpLD
— Frida Ghitis (@Frida Ghitis) 1586462660.0