1 in 5 teachers—citing COVID-19 concerns—likely won’t return to US schools this fall: survey 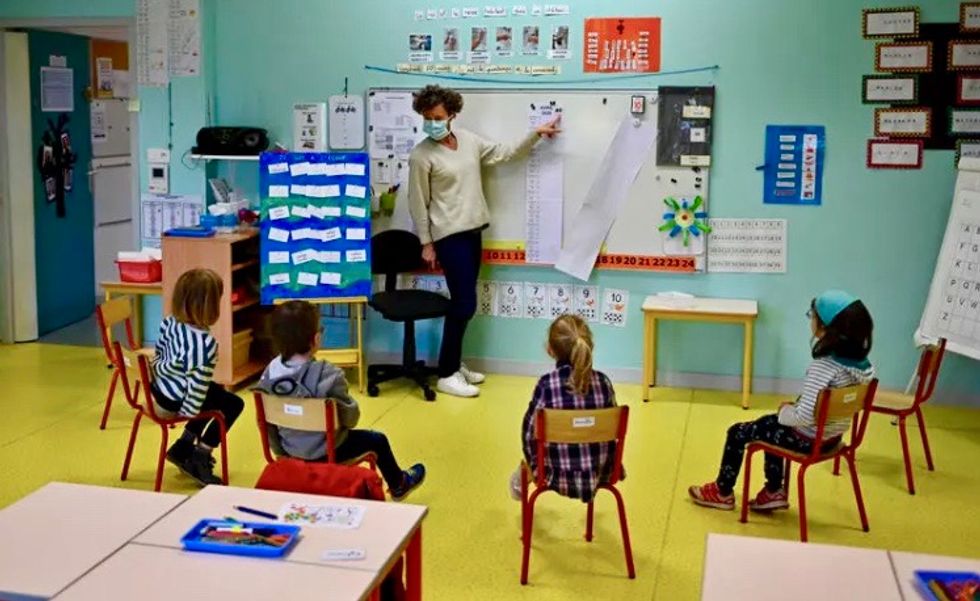 While most U.S. schools have ended in-person instruction for the rest of this academic year because of the coronavirus pandemic, polling results published Tuesday show that the majority of parents and teachers expect classrooms to reopen in the fall and worry about what that will mean for safety and education.

In mid-May, Ipsos conducted a pair of online polls for USA Today of K-12 teachers and parents of school-aged children. Pollsters found that if schools reopen in the fall—with strict new rules to limit Covid-19 infections—nearly six in 10 parents would consider not sending their kids back and one in five educators likely would not return to teaching. Among teachers 55 and older, that figure was one in four.

Over 60% of both parents and teachers said they nonetheless expect local schools to reopen that soon. The polls also found that the majority of educators felt unprepared to close classrooms, and are now working more than usual and having a harder time doing their jobs. A larger share of teachers than parents said that distance learning is causing students to fall behind, though majorities of both expressed belief that children will eventually make up lost ground.

Shifts to e-learning across the globe during the pandemic have provoked alarm about increased screen time, safety risks, and the growth of the "digital divide." Although the vast majority of parents surveyed by Ipsos said that their kids have the internet service and equipment required for distance learning, concerns about remote education and digital access have prompted fresh calls for treating the internet as a public utility like water and electricity.

The time away from schools has also left teachers and parents seeking solutions, as USA Today reported:

Roughly two-thirds of teachers and of parents support the idea of returning to the classroom for two or three days a week, and using distance learning the other days. About two-thirds of both groups also endorse having teachers considered at high risk for the illness continue to teach online, while teachers at low risk teach in person.

Parents and teachers showed more of a split on the idea of extending the school year, starting classes earlier in the summer and continuing into the next summer. Parents were inclined to support the idea, 47%-36%. Teachers opposed it, 57%-34%.

The surveys also showed that both parents and teachers are worried about the effectiveness of new classroom policies to prevent Covid-19 infections. Nearly eight in 10 teachers said they would likely wear a mask at school and two-thirds of parents would ask their child to do so—but nearly nine in 10 teachers said they anticipate difficulties enforcing social distancing among students and over two-thirds of parents said their child would find it hard to comply with such rules.

The polls—which had credibility intervals of about plus or minus five percentage points—come as some cities and states are experimenting with reopening businesses after months of restrictions and lockdowns, and as public health experts, teachers, educator unions, parents, students, and policymakers are debating how to best proceed with the next academic year.

In a piece for The Bold Italic last week entitled "We Cannot Return to Campus This Fall," California-based high school history teacher Harley Litzelman wrote, "I've often heard teachers respond to suggestions on how to reopen with a common phrase: Have you ever met children?"

After detailing what his and other classrooms at Oakland's Skyline High School may look like if they are forced to reopen in the middle of the pandemic—from mandatory masks and frequently disinfected desks to strict limitations on lessons plans—Litzelman outlined the difficulties younger students and their teachers could face:

No more group seating. No story time on the carpet. No small group stations. Coloring must be strictly monitored to eliminate sharing, probably requiring children to keep their own personal sets of crayons and markers, revealing stark class differences within classrooms and between schools. No fingers in the mouth or nose, and several minutes spent washing their hands after they inevitably forget. They, too, cannot get out of their seats during class, and no longer can they enjoy the couches and bean bag chairs that their teachers have acquired.

Again is the time to ask: Have you ever met children?

Recess becomes a huge source of contention, as some schools claim to have the resources, staff, materials, and wherewithal to sanitize playgrounds and toys after every recess while others do not. Other schools simply lock up balls and jump ropes, coil their swings around the crossbar, and wrap their playgrounds in caution tape like a crime scene that hasn't happened yet. Some schools follow the lead of France and ban playground games altogether. More teachers are forced to supervise more recesses, cutting down on their time to prep and rest. The din of playful children is replaced with a din of whistles and exhausted adults shouting at young children to stay at least six feet apart. Children are bewildered by adults' strange, menacing behavior in a crisis they don't understand. They return to class frustrated, bored, antsy, and unwilling to learn in an environment that won't let them be themselves.

Litzelman made the case for at least another semester of working to improve digital learning—while recognizing the constraints of technology and parents—and reallocating "money usually reserved for on-campus activities toward community services that directly help families meet basic needs like food pantries, health clinics, financial assistance, free laundries, and others."

"We stand at a crossroads," he declared. The other option is reopening, a position that President Donald Trump promoted on Twitter Sunday despite warnings that reopening too soon could cause a new wave of Covid-19 infections that may, as Litzelman wrote, "force us to close schools again, without the public infrastructure or professional preparation needed to resume distance learning."

Concerns about reopening schools have to compete with pressure to do so from several sources. The New Yorker reported Monday: "The cost of keeping children out of classrooms is high, educationally and socially. Lost instructional time is hard to recapture; some high-school students may drop out. Schools provide meals, social services, and, for many students, a safe haven, and they allow parents to go to work."

According to USA Today's report on the new polls:

A significant share of parents and teachers, about four in 10, oppose returning to the classroom before there is a coronavirus vaccine. (Slightly more support returning to school without a vaccine, but in each case less than a majority.)

That day isn't close. The most optimistic predictions say a vaccine might be developed by the end of the year; the less optimistic ones say it may take well into next year or even longer.

"As our world has changed, almost everything we do has changed, including how we view and approach education," Ipsos president Cliff Young said in response to the broader polling results. "Though Americans are optimistic about a return to in-person learning, there is angst among teachers, parents, and America at large about how to keep our schools safe if the virus isn't fully contained."