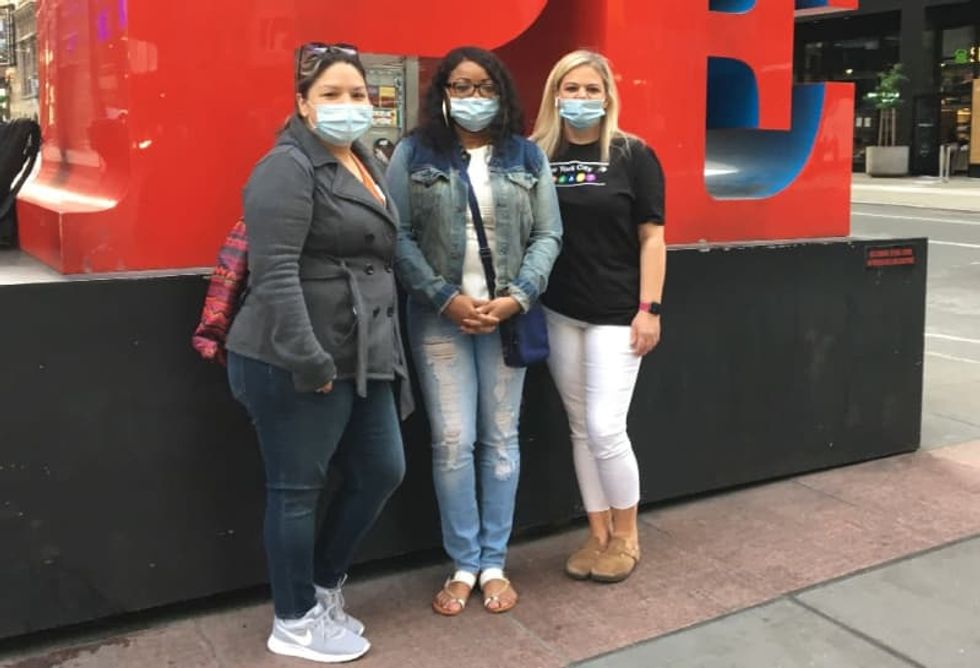 Seven weeks ago Dianne King left her Alabama home to fight COVID-19 in hard-hit New York, traveling to a city she'd never seen to battle a virus killing hundreds of people per day.

And after a grueling schedule on the front lines in America's most populous city, the 43-year-old nurse is returning home this week with renewed motivation for her work.

Fighting back tears, King described "the appreciation that we have felt as nurses" as the coronavirus pandemic raged.

"For the first time, I can say in my whole career, from the patients, from families, from management, from random people on the street... did stop to say thank you," she said.

"It makes you feel like you're really doing something great."

A specialist in cardiac intensive care, King arrived in New York on April 3, when residents were being admitted to hospitals in the thousands.

She, like thousands of nurses nationwide, was driven to help as dramatic images of a city in despair circulated.

King also earned well above what she would have made in the same amount of time at her hospital in Alabama.

In New York she met Grace Morales and Carla Cooley, also nurses from the US south. The three colleagues were housed in hotels in the business district Midtown, emptied by the crisis.

The work was intense: 12-hour night shifts for 21 consecutive days, before two days off -- then a new cycle began.

They were all assigned to the Roosevelt Island Medical Center, normally a chronic care facility that was converted overnight into a hospital treating patients struck by COVID-19.

Emergency rooms from the city's general hospitals sent overflow patients who were not in critical condition there.

"I think the thing that shocked me the most is the amount of patients we were getting," she told AFP.

"One right after another, they were just literally lined up."

Like all health workers, she was not always able to help as much as she wished to: among the hardest moments was when one of her patients learned that her sister had died of COVID-19.

"That was a really tough time, it was really an emotional time," King said. "You know, I just held her arm, hold her hand."

"It was hard, I didn't really know what to say except for that I'm here and I'm so sorry."

But despite struggles at the hospital under-prepared for the challenge, King said she felt more useful than ever.

It's a sentiment shared by her new friends: "When we go back, we will be proud of what we have done," said Morales, who plans to return to Texas in two weeks.

King explained she began nursing at 13, taking care of an elderly woman near her home.

But between struggles from management to long hours, "you kind of lose a little bit of that spark," King said.

"And then when you come here and you get this, it just re-energizes you."

With the death rate and number of hospitalizations declining in New York, King's mission has ended.

The mother of three young adults was due to board a Birmingham-bound plane Wednesday evening, and will use her obligatory quarantine after returning to relax and reflect on next career steps.

Prior to her departure she took advantage of her last hours in the famous city she previously never had the chance to visit.

King had used her only two days off to walk for hours on the deserted streets of the normally bustling city, visiting Manhattan's top tourist sites like Central Park and the Empire State Building.

"It was like I got my own private tour of New York, because nobody was out and it was just desolate," she said.

Along with re-discovering her inspiration, King will return home with "lifelong friends" and the itch for another trip.

"Who can ask for anything more than that, doing what we do?"